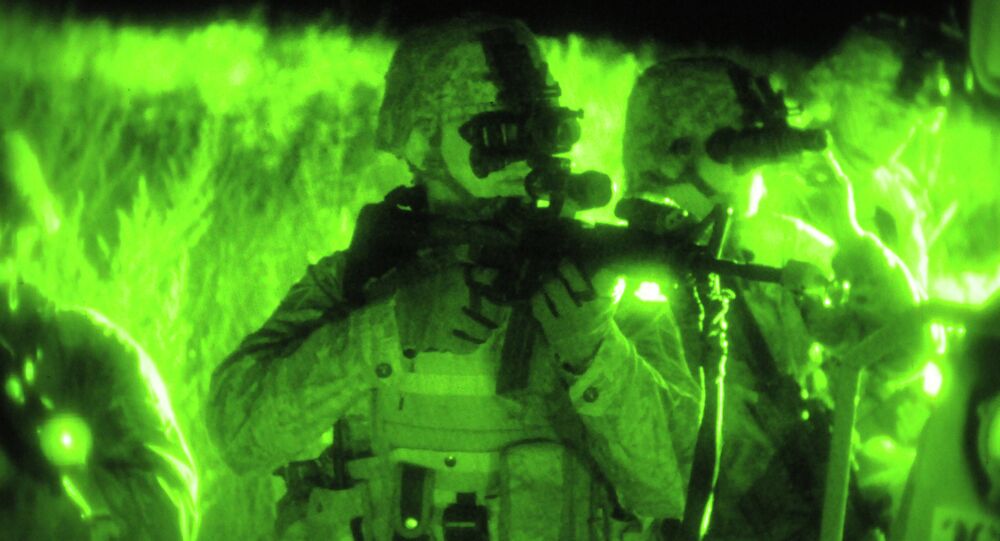 The human eye is one of evolution’s most impressive biological structures. Unfortunately, it’s not yet powerful enough for the US military: the Pentagon wants to develop technology to give troops X-ray vision.

To hear the Pentagon tell it, traditional, everyday vision sounds like a bit of a drag.

In other words, any photo you see, any video, is only a 2D representation of what’s directly in front of the lens. That’s because conventional optics only measure light intensity.

But DARPA is interested in tapping into other aspects of photons, the elementary particles of light, which carry vast amounts of information that are simply not measured by the human eye or traditional photographic equipment.

"Many photons traverse complex paths punctuated by multiple bounces prior to entering the aperture of a camera or other imager – a process through which these photons pick up information about their surroundings," the announcement reads.

Launching the Revolutionary Enhancement of Visibility by Exploiting Active Light-fields (REVEAL) project, DARPA hopes to unlock the hidden potential of photons, and the Pentagon is currently soliciting research proposals for how to develop the technology.

The idea, essentially, is to utilize a single vantage point to create a 3D image of the area. By taking in extra data collected from the photons, that vantage point would be able to essentially see through objects.

The project is still in the very early stages of development, and as such, DARPA is a little light on details. The specific hardware — for example, whether or not we’re talking about specially worn goggles — is not known at this time. But the applications could be revolutionary.

"Imagine, for example, squad members patrolling a street in a deployed urban environment, and an armed assailant crouching behind a car or a concrete barrier," the announcement reads. "Without the benefit of different vantage points (from the air, for example), the squad could be blind to the hidden threat.

"By exploiting currently untapped aspects of light and the varied paths of photons bouncing off the brick wall, troops using hardware based on the theoretical foundations provided by REVEAL might someday be able to detect the otherwise hidden assailant."

Based on the photon data, REVEAL could also identify radioactive, biological, or chemical threats.

The project is currently divided into two 24-month segments, with the first testing scene reconstruction in a controlled environment, and the second taking the concept out into realistic light conditions. So, assuming it even works, it’s still a long way off.

But if everything goes according to plan, as DARPA program manager Predrag Milojkovic points out, it could allow individuals to “fly” through a scene without changing their physical location.