Scientists have finalized plans to build a revolutionary space telescope capable of producing images a thousand times sharper than that of the Hubble Space Telescope. 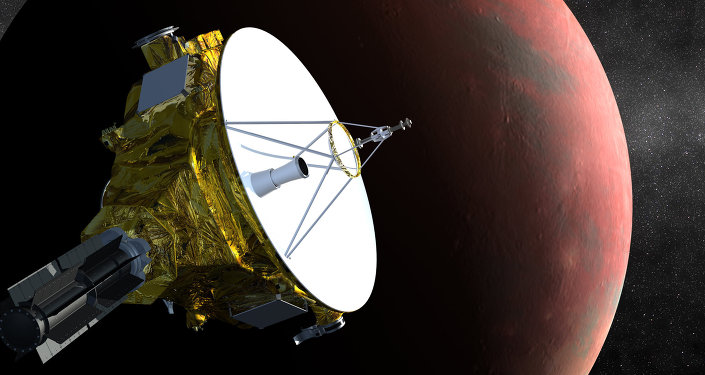 © NASA . JHUAPL/SwRI
NASA Space Mission Readies for Photo Session With Pluto
MOSCOW, January 27 (Sputnik) — The concept of a telescope using a giant opaque disk half a mile across to focus light is currently being developed by NASA and the University of Colorado Boulder. If a success, it would offer a whole new picture of the Universe, the Daily Mail reports.

According to the scientists, diffracted light waves from a faraway star or other heavenly body would bend around the edges of the disk and converge in a central point.

That light would then be fed into the orbiting telescope to provide high-resolution images.

© NASA .
NASA Spacecraft Dawn Delivers New Images of Dwarf Planet Ceres
The cutting-edge telescope would also be able to point toward Earth and image objects as small as a rabbit, giving it the ability to hunt for lost campers in the mountains, Cash said.

The Aragoscope is a major break from the traditional space telescopes, like the Hubble Space Telescope, which essentially are monolithic pieces of glass.

The opaque space disk would be made of a strong, dark, plastic-like material that could be launched in a compressed fashion like a parachute, then unfurled in orbit. It would then be tied to the telescope at distances from tens to hundreds of miles depending on the size of the disk.

Scientists say such a large, yet lightweight disk would provide higher-resolution images than those obtained with smaller, traditional space telescopes.
The Aragoscope would be placed in a geostationary orbit 25,000 miles up that follows Earth's rotation, making it appear motionless from the ground.

What Happens to Your Body in Space