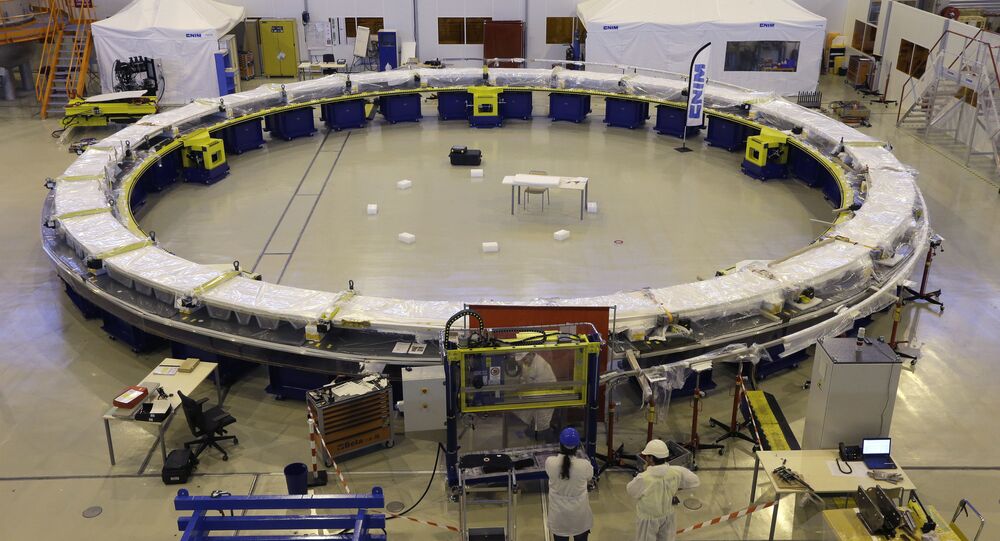 The second reason is the fact that Russia is one of the investors of the project, Bigot added.

© Sputnik / Vladimir Fedorenko
Russia Ready to Restart One-of-a-Kind 'Nuclear Lego' Experimental Reactor
The official noted that Russia's quota in the project was nine percent, which is 90 specialists, but as of now, Russia sent only about 4.5 percent.

The ITER is a France-based international project aimed at developing a nuclear fusion device which proves the feasibility of fusion as a carbon-free source of energy.

The first nuclear fusion device is being constructed at the Cadarache research center in southern France, with 35 states working on the project, including Russia, China, India, Japan, South Korea, the United States and the EU member states. The launch of the reactor is scheduled to take place in 2025.