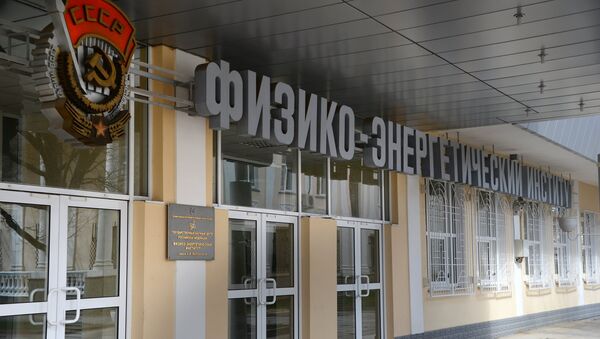 Physicists from the Leypunsky Institute of Physics and Power Engineering in Obninsk, Russia are in the final stages of preparations to relaunch the BFS, the largest operating critical test facility of its kind in the world, following modernization.

The facility, designed to model full-scale simulations of conditions in fast-neutron nuclear reactors, will undergo a trial physical launch in the near future, according to Leypunsky Institute director Andrei Goverdovsky.

"We will be launching the facility shortly. We are all set," Goverdovsky said, speaking to Sputnik on the sidelines of the AtomExpo 2018 forum in Sochi, Russia, which kicked off Monday.

The Leypunsky Institute's BFS-1 and BFS-2 critical assemblies are designed to carry out experimental physics research on fast-neutron reactors. The principle of the facility's operation has been described by physicists as something akin to 'nuclear Lego', with dozens of configurations possible thanks to interchangeable assemblies, which allow physicists to carry out experiments on a variety of systems.

Media Fusses as Russia's Floating Nuclear Plant Sets Sail (PHOTO, VIDEO)
According to Goverdovsky, once it's up and running, the BFS complex will carry out important experiments to confirm the safety and reliability of the new BN-800 fast-neutron reactor at the Beloyarsk Nuclear Power Station in Russia's Sverdlovsk region. Work on the latter will help Russian physicists to create a number of technologies to be used by the nuclear power industry of the future.

Fast-neutron reactors have a number of advantages over thermal-neutron reactors, including a closed nuclear fuel cycle, which dramatically reduces the amount of radioactive waste through the 'burning out' of dangerous radionuclides. The concept also has the advantage of being able to use abundant sources of depleted uranium, thorium, and light water reactor waste, to operate. The tradeoff is a higher cost to build, although these costs are partially offset by fluctuating uranium prices. The Russian nuclear industry is broadly considered to be the foremost authority in the world in the development of fast-neutron reactors.