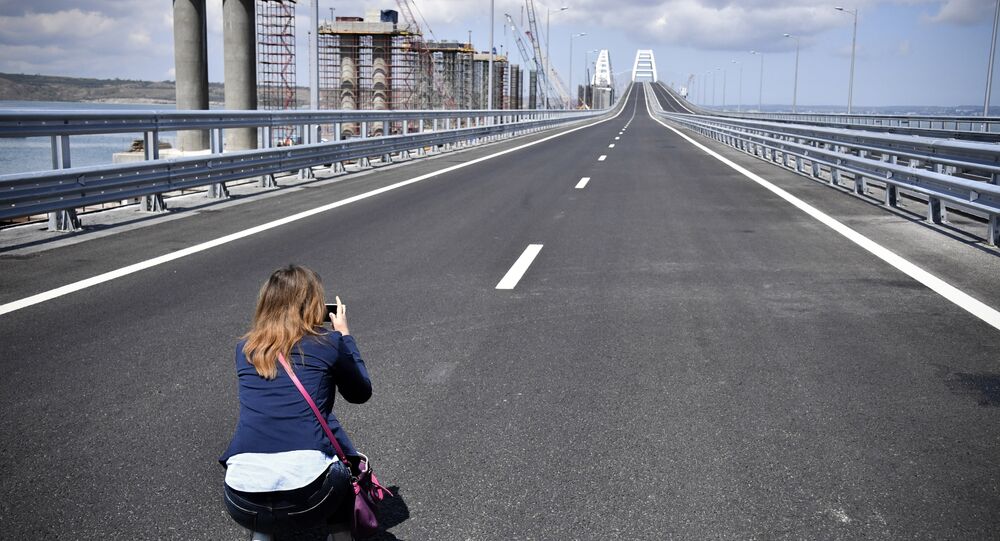 MOSCOW (Sputnik) - Russia’s Investigative Committee has initiated a criminal case against an editor from the Washington Examiner media outlet, which released an article suggesting that Ukraine should “blow up” the Crimean Bridge, the committee’s spokeswoman said on Friday.

“A criminal case had been launched against Hugo Gurdon, an editor of the Washington Examiner weekly online magazine. According to the investigation, … Gurdon has agreed on the text of the article by Tom Rogan, which called for the destruction of the Crimean Bridge that links Russia’s Kerch and Taman peninsulas, and released it on the Washington Examiner website,” Svetlana Petrenko said.

© Sputnik / Grigori Sisoyev
Don't Need Your Permission: Moscow Responds to Washington's Remarks on Crimean Bridge Opening
Earlier this week, the Washington Examiner newspaper released US journalist Tom Rogan's opinion piece suggesting that Ukraine had the capability to “destroy elements” of the Crimean Bridge to at least temporarily disrupt the traffic on it.

Russia's Investigative Committee launched a case against the journalist on Thursday.