WASHINGTON (Sputnik) - Russian banks seem to be able to absorb possible credit losses from the sanctions that the United States imposed against Russian entities and individuals earlier in April, Fitch Ratings said in a press release.

"Fitch-rated Russian banks appear able to absorb potential credit losses from their exposure to individuals and companies targeted by US sanctions announced on 6 April. Most rated banks do not have material exposure. … We, therefore, do not expect any immediate rating impact," the release said.

Fitch Ratings pointed out in the release that if Russian financial institutions continue to conduct business with the sanctioned individuals and entities, they will face possible punitive measures from the US government. 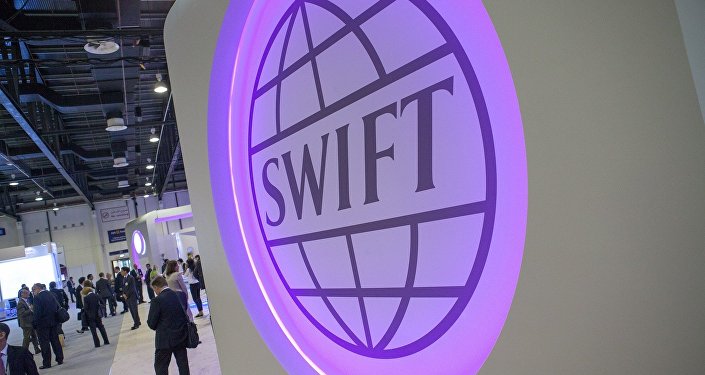 © Photo : Facebook / SWIFT Community
Pushback: Russia Has Answers to Possible SWIFT Cutoff, Debt Sale Ban by US
Russia’s Sberbank's total exposure to Specially Designated Nationals and Blocked Persons is nearly $11 billion, or 20 percent of equity, according to the release. Credit Bank of Moscow and Sovcombank have exposure of about 10 percent of equity.

Russian banks will find it challenging to sell or unwind their Specially Designated Nationals and Blocked Person exposures without government support, Fitch added.

© Sputnik / Vladimir Fedorenko
‘Shooting Themselves in the Foot’: Russian Finance Ministry on Proposed US Sanctions
On April 6, the US Treasury Department added 38 Russian entrepreneurs, senior officials and companies to its sanctions list in response to Russia's alleged "malign activity" around the world. Russian officials designated by the US Treasury Department include entrepreneurs Oleg Deripaska, Suleyman Kerimov and Gazprom CEO Alexey Miller, among others.

The sanctions block the affected companies’ ability to conduct business in US dollars — the standard currency in commodities trading and the main currency in international trading.