In late September Sweden’s Ambassador to Russia Peter Ericson in an interview to RIA Novosti expressed his apprehensions that Russia could interfere in the country's 2018 elections. In January similar concerns were voiced by Sweden's Prime Minister Stefan Löfven.

Russia's Foreign Minister Sergei Lavrov claimed that although there were allegations of Russian meddling he was sure that "everybody who follows the real situation understands that it is ridiculous".

He noted that there was close cooperation with Sweden and contacts between lawmakers in the military sphere were being renewed.

"We [Russia] are open to such interaction to the extent, to which it's comfortable for our partners", Lavrov said.

Russia bashing has become a popular trend throughout election campaigns in France and, later, in Germany ever since the US 2016 presidential race, where the losing candidate Hillary Clinton blamed her defeat on what she called "cyber 9/11" — inferring alleged Russian hacking. Despite the Western media attention to the accusations and an ongoing Mueller's Russia probe — no actual proof of any meddling has ever been presented. 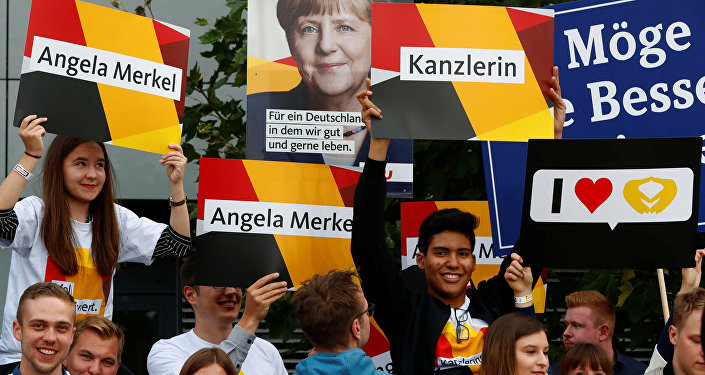 © REUTERS / Fabrizio Bensch
German Election: Futile Hunt for 'Russian Meddling' Continues
Bilateral relations with Sweden have been strained as Swedish authorities accused Russian security services of spying, whereas Russia claimed that Sweden was not willing to communicate through diplomatic channels and voice its fears outright.

In September Sweden kicked off its biggest military drills since the 1990s when substantial defense cuts were announced. The war games were conducted with the support of NATO amid growing fears of Russian military might, though NATO generals claimed that the Swedish military exercises had nothing to do with Russian Zapad-2017 drills.