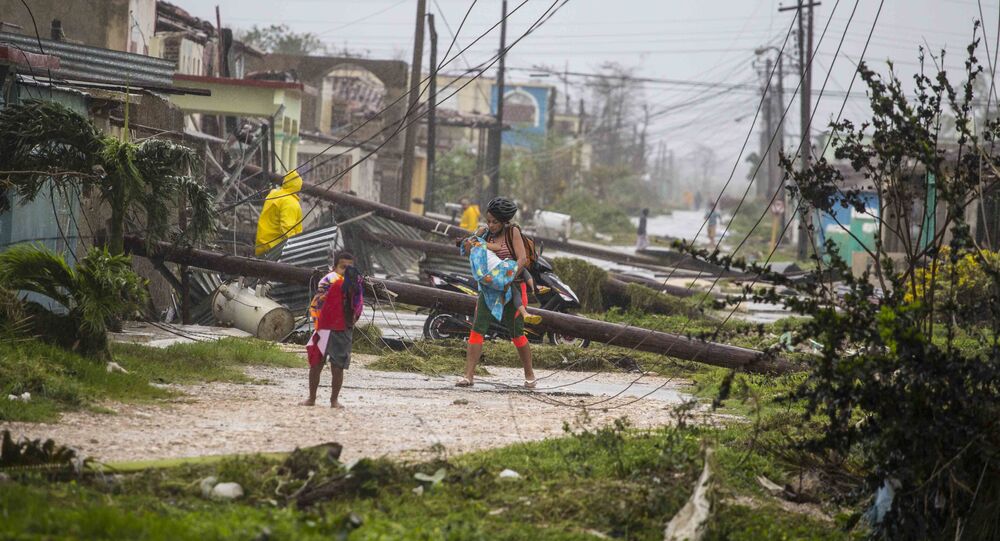 Moscow prepares the considerable shipment of building materials and equipment for Havana, affected disastrously by the devastating Hurricane Irma.

"In accordance with the decision of the Russian government, the Russian Emergencies Ministry has started the humanitarian action to deliver over 1,200 tonnes of construction materials upon your request," Puchkov said, adding that the cargo would be sent via sea route from the port of Novorossiysk.

Ruiz thanked the Russian minister for the assistance provided to Cuba, noting Hurricane Irma had become the fifth hurricane of such power to hit the island.

© AP Photo / Desmond Boylan
Putin: Russia Ready to Help Cuba in Relieving Aftermath of Hurricane Irma
"According to the data from our country's institute, there have been only five such disasters. Furthermore, the previous hurricanes hit only certain parts of Cuba, while this hurricane had such parameters that it passed 10 provinces of Cuba, moving from east to west with the category 5 strength," he said.

The official noted that the hurricane had caused huge damages to the energy and agriculture sectors, in particular to sugarcane crops. He also noted that due to the climate change disastrous storms were often followed by a severe drought in the Caribbean region. Ruiz added that the country would continue to examine hurricanes' impact on environment, in particular — the threat of flooding of some areas in the country.

Recently, the Caribbean region and the southeast of the United States have been hit by a number of heavy storms. Irma is considered to be one of the most severe hurricanes ever recorded in the Atlantic basin, which has already caused up to 81 deaths. The latest hurricane, Maria made a landfall on Puerto Rico on Wednesday, causing the entire island to lose power and resulting in deaths of 12 people.