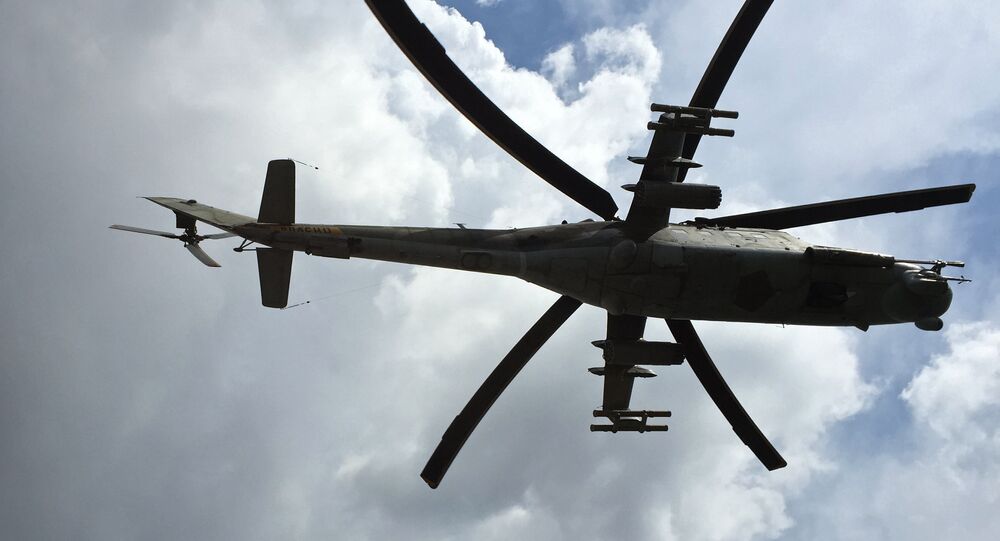 Russia's Central Military District spokesman stated that troops of Russia's 201st military base were put on alert as a part of military drills and are marching to the vicinity of the Harbmaidon range at the Tajikistan-Afghanistan border.

MOSCOW (Sputnik) – The troops of Russia's 201st military base, located near Tajikistan's Dushanbe, were put on alert as a part of military drills and are marching to the vicinity of the Harbmaidon range at the Tajikistan-Afghanistan border, Russia's Central Military District spokesman Col. Yaroslav Roschupkin said Tuesday.

"The units of the 201st Russian military base, located in the Republic of Tajikistan, were put on alert as a part of the ongoing tactic fire artillery exercise. Teams and crews have started marching to the vicinity of the Harbmaidon range near the Tajikistan-Afghanistan border. They will have to walk up to 300 kilometers of mountain spiral roads. The Mi-8 and Mi-24 helicopters provide air support for the troops," Roschupkin said.

© Sputnik / Pavel Lisitsyn
Russian Base in Tajikistan Bolstered With Uragan MLRS Battery - Central Military District
According to the spokesman, the participants of the drills will practice cooperating in single operational scenario, defense, blocking and neutralizing illegal armed groups. Grad and Uragan multiple rocket launcher systems, as well as military aviation will provide support for motorized infantry.

The drills will continue until the end of week and involve over 800 troops and more than 100 units of military hardware, he added.

Russia and Tajikistan are bound by a 1997 agreement on cooperation in the sphere of defense and prevention and elimination of emergency situations.