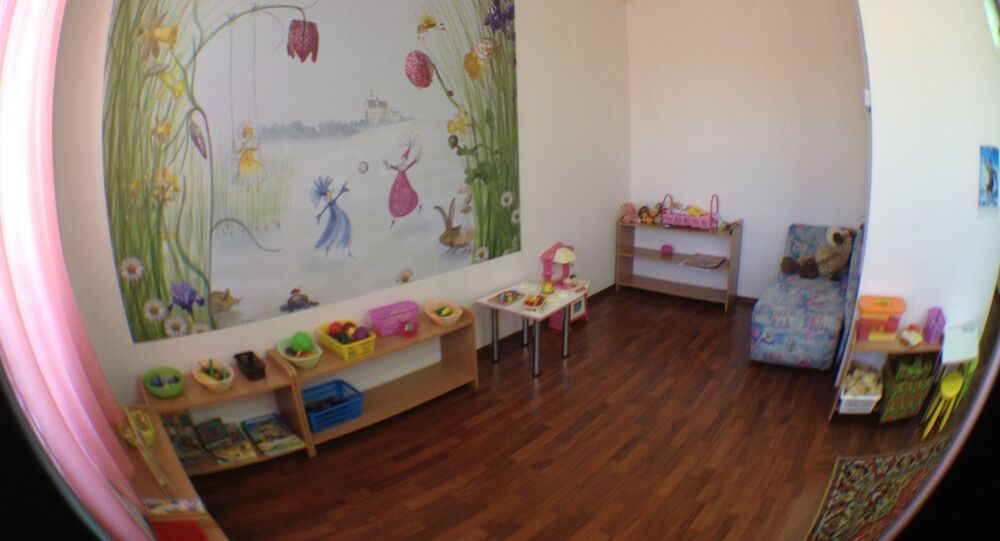 Back to Childhood: First Daycare for Adults Opens in Russia

A Russian businessman named Evgeny Pyatkovskyi has opened the first ‘daycare for adults’ in the country in the city of Novosibirsk.

Despite the fact that initially Pyatkovskyi doubted the success of his venture, by now at least 80 people have expressed an interest in becoming patrons of his establishment, with his day care now being booked for several weeks.

During an interview with Sputnik, he explained that the idea to create such an establishment essentially came to him after a comprehensive debate with his friends about the nature of happiness.

"After lengthy discussions we concluded that happiness is what you experienced in day care: a carefree life where you didn’t have to study or work. And people in general have very fond memories about their time in daycare," he said.

The staffers working at the venue are all professional daycare teachers who previously worked in regular kindergartens. "It’s easier for them, they know how to work with children," Pyatkovskyi quipped.

He also remarked that during the opening ceremony all of the participants were "laughing out loud when they were examining drawings and other handicrafts that they made, with signatures like ‘Misha, 30 years old’ – definitely an interesting experience for everyone involved."

Even though Pyatkovskyi’s daycare caters to people who are usually quite busy with work, the businessman believes that anyone can afford to take a day off to treat him or herself to a stay in his 'daycare for adults'.

A day in his establishment costs about $50 (a modest price, according to Pyatkovskyi, considering the company's expenses), which includes the price of four meals provided, and requires a prior appointment. Drinking alcohol at the premises, as well as arriving while hung over, is strictly prohibited.

Furthermore, in the event that a scuffle breaks out among the patrons (quarrels aren't uncommon at ordinary daycare facilities), a security guard can be summoned via an alarm button to resolve the situation.

Despite the fact that group activities in this kindergarten are held in mixed groups that include both men and women, Pyatkovskyi said that he doesn’t want his establishment to turn into a dating spot, though he conceded that “it’s going to happen anyway because well-to-do men will come here, and young girls will follow.”

It should be noted that a second ‘daycare for adults’ franchise may open soon, in Moscow.