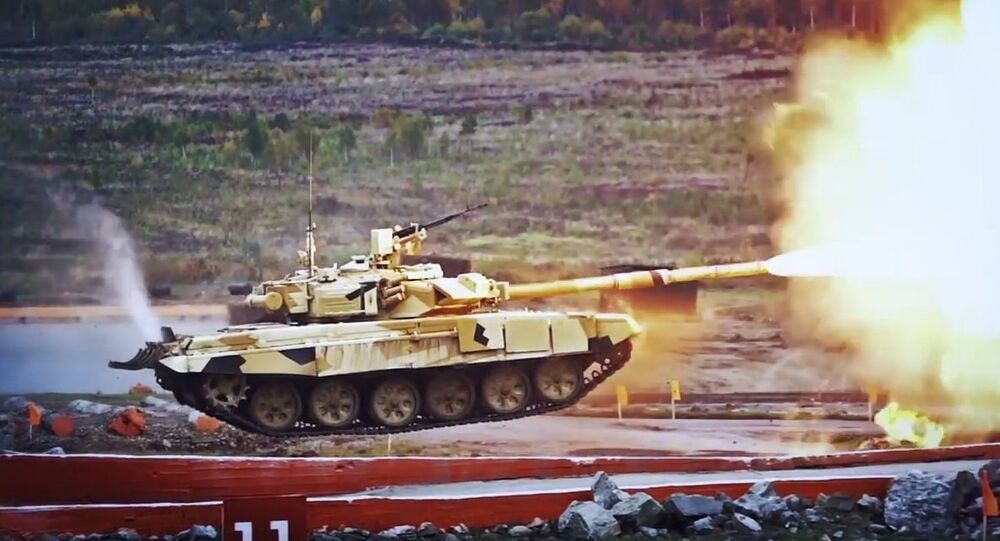 In a briefing report, NATO’s former European chief suggested that the Alliance must “significantly increase the troop presence in Poland” or else Russia will catch the West by surprise with a sneak attack.

On Sunday, NATO’s former Deputy Supreme Allied Commander in Europe, General Sir Richard Shirreff, offered a chilling albeit absurdist warning claiming that Russia has troops ready for a lightning takeover of Eastern Europe and that President Vladimir Putin may be willing to set off World War III in a matter of hours.

"It is clear that Russia is capable of surprising the West… with potentially devastating implications for eastern Poland and fatal consequences to the Alliance," warned General Shirreff.

In a briefing document entitled "Arming for Deterrence" for the Atlantic Council think-tank the former military commander said that Putin could easily “artificially generate any pretext that suits his propaganda narrative” to justify war with the West in a matter of hours.

"Even if Moscow currently has no immediate intent to challenge NATO directly, this may unexpectedly change overnight and can be implemented with great speed, following already prepared plans," said the General. "The capability to do so is, to a large extent, in place."

"The biggest threat for NATO today is a miscalculation by Russia that it could outmaneuver the Alliance by creating a quick fait accompli inside NATO’s borders," states the General. "This is based on the Russian assumption that it has a significant time advantage over NATO and that the allies could, through intimidation, uncertainty, and disinformation be influenced not to escalate a limited conflict into a full-fledged one."

The fantastical scenario holds at a premise that the Kremlin somehow ignorant of the legal requirements of the NATO treaty that would require the United States to intervene immediately if a partner nation was under siege by a foreign threat – something that Russian President Vladimir Putin has long assured he is well aware of.

"I think that only an insane person and only in a dream can imagine that Russia would suddenly attack NATO. I think some countries are simply taking advantage of people’s fears with regard to Russia. They just want to play the role of front-line countries that should receive some supplementary military, economic, financial or some other aid," Putin explained near a year ago.

Yet the mystical threat of 'Russian aggression' seems to be a favorite fantasy within the echo chambers of the Western defense establishment that continues to provoke Russia by engaging in a series of massive war games – over 30,000 in the Anaconda War Games not so appropriately timed during the 75th anniversary of the Nazi invasion of the former Soviet Union – which led President of the former Soviet Union Mikhail Gorbachev to question whether NATO’s activities are a pretext to an invasion.

Moscow has responded with its own military drills including several mass mock mobilizations along its border with eastern Europe – a proportionate response to the threat that Russia faces as a result of needless NATO saber rattling. It is this, almost ironically, that raises a parallel concern for General Shirreff as was raised by former President Gorbachev of a sudden attack.

"Turning one of these exercises into an operation against one or several of the Baltic states would give very little warning time to NATO," said the General. "Russia’s forces in the Western Military District can be quickly and substantially reinforced by units and formations from other parts of Russia under the cover of planned or snap military drills."

In a bout of absolute absurdity, General Shirriff’s prescription to remedy the concern facing NATO in the Baltic region I to significantly bolster permanent troop numbers in Poland – the presence of which has been the primary source of escalation in the fabricated conflict.

"There is an urgent need to strengthen Poland’s defense capacity in order to reduce the temptation for Russia to spring a surprise attack," the General’s report concludes.