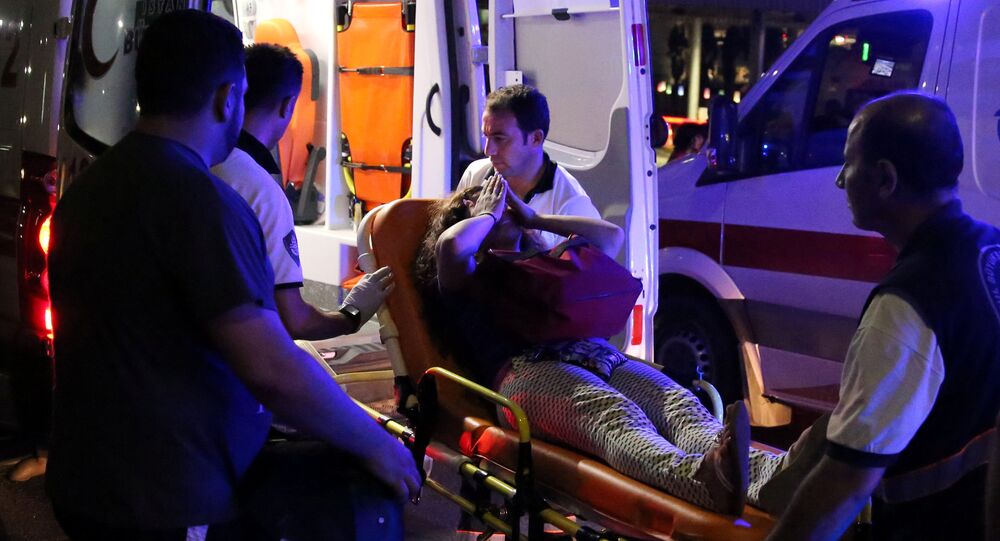 At Least One Russian National Wounded in Istanbul Attack

Rossiyskaya Gazeta reports that at least one Russian national was among those wounded in Tuesday night's horrific terror attack at Istanbul's Ataturk airport. The newspaper identified one Russian citizen who has been taken to a medical clinic at Bahçelievler district with others nationals believed but not confirmed to be among those harmed in the attack.

Russian Consulate-General in Istanbul reported that one man calling himself a Russian national got his leg injured in the attack.

"We have the information that a Russian national could have been injured [at the terrorist attack]… It is taken from his words, but we cannot to confirm his citizenship. He is in a hospital now, he was wounded in the leg," the spokesman told RIA Novosti.

Current estimates place the total death toll at 36 dead and 147 injured according to the Turkish Prime Minister Binali Yildirim. The casualty figures are expected to grow over the next few hours based on video imagery of the attacks.

Turkish police indicate that Daesh has claimed responsibility for the attacks according to reports by Dogan News Agency. The attacks were carried out by four attackers in a coordinated fashion using Kalashnikov automatic rifles. At least three of the attackers detonated suicide vests before police could detain or kill them.

Target Istanbul: Turkey Has Seen a String of Terrorists Attacks in 2016