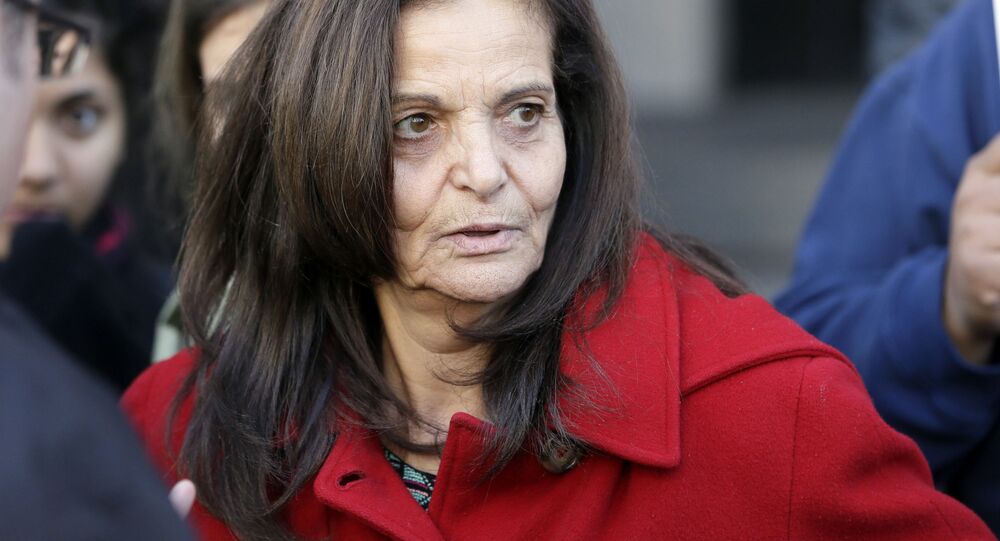 On Thursday, a US judge ordered that Palestinian activist Rasmea Odeh be stripped of her US citizenship for failing to disclose jail time she served for her role in two 1969 bombings when she applied for naturalization. She is accused of unlawfully obtaining US citizenship.

Radio Sputnik’s Loud and Clear spoke with Kristian Davis Bailey, co-founder of Black 4 Palestine, a solidarity group formed by African Americans to support the Palestinian self-determination movement, about Odeh’s history and the political implications of her case.

Bailey attended Odeh’s sentencing Thursday in Detroit, and pointed out that her case, originally brought in 2013, came on the heels of an FBI raid of some fellow Palestinian activists. He sees a political motivation behind the case, coming as it does as the Boycott, Divestment and Sanctions (BDS) movement aimed at ending Israeli oppression of Palestinians gains popularity in the US.

​In 1970, Odeh was arrested and charged for two bombings in Jerusalem in 1969 that were attributed to the Popular Front For the Liberation of Palestine (PFLP), an organization officially designated as a terrorist group by the US. She was sentenced to life in prison, but was released in 1979 as part of a prisoner exchange.

Bailey pointed out that Odeh’s family had been displaced by twice by Israeli forces, along with hundreds of thousands of other Palestinians, and that she had been kidnapped, tortured and raped by Israeli forces, who forced her to sign a confession about being involved in the Jerusalem bombings.

"The most important thing to understand is that Rasmea was tortured into a confession, that Israeli courts are illegitimate and that the defense that Rasmea’s team was seeking to enter is that she was suffering from post-traumatic stress disorder, and as a result of that did not read her immigration application as referring to the 10 years she spent in prison," Bailey said. He argued that the broader context of Odeh’s life was not considered in court and is not spoken of in the mainstream media.

"Unfortunately the judge on the initial case never allowed Rasmea to testify about this. There was no room for her to defend herself against the charges being levied against her," he said.

Bailey said the defense committee had won a new trial in which Odeh would be able to testify about her torture and her PTSD.

© Sputnik .
Justice for Palestine is the Cause of Humanity in Our Time

On August 12 at a farewell event for Odeh in Chicago, her US home, noted activist, scholar and former political prisoner Angela Davis told the 70 year old, "We know that wherever you are, the struggle will continue. Rasmea, our love for you crosses borders and oceans. Our love for you will never be deterred by deportations. We will always stand together, we will always struggle together. And one day, we will rejoice together in a free Palestine."

Davis "identifies with Rasmea because she knows that it’s through individuals that movements are attacked," Bailey explained. "That was the point she was making about Rasmea facing political repression because she was a Palestinian activist with the government seeking to target the larger movement."

He continued, "We understand that Rasmea’s case falls in a long lineage of not only Palestinian organizers, but revolutionary organizers more broadly being targeted and attacked by this country."