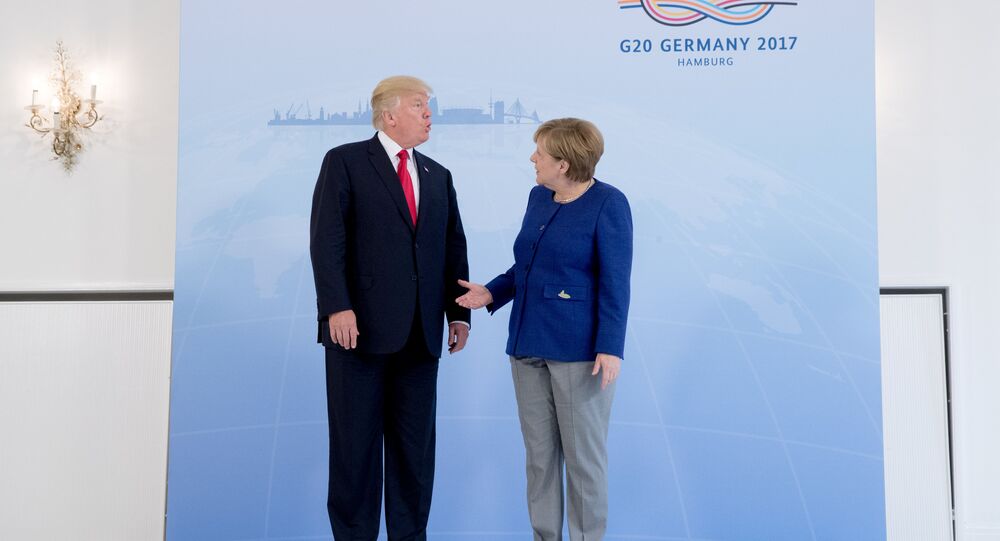 Russia is suspending the use of all warehouses in Moscow by the US embassy starting from August 1, the Russian Foreign Ministry said on Friday. The move comes following the US Senate's approval of a new set of sanctions against Russia, Iran and North Korea, which is yet to be signed by President Donald Trump.

The bill also restricts the US president’s ability to unilaterally lift or ease sanctions, forcing him to seek Congressional approval. The Kremlin has slammed the new US bill as disappointing in terms of international law and trade relations.

In turn, European Commission President Jean-Claude Juncker stated that the EU was ready to ‘act appropriately’ to US sanctions against Russia in case they are targeting EU interests.

She further said that this move signals that the House of Representatives wants to have more power over the sanctions and by passing a bill this will make it much more difficult for the US president to repeal the sanctions that are already in place.

“The new sanctions are meant not only to penalize the targeted countries but third parties such as the European enterprises which are collaborating together with Russia in various projects,” the analyst said.

According to her the European Union will react negatively to these sweeping sanctions.

© REUTERS / Yuri Gripas
Lavrov, Tillerson Discuss Russia-US Diplomatic Property Row, Moscow's Response Measures in Phone Talks
She further spoke about how Brussels could react to the new anti-Russia sanctions, saying that back when there were sanctions imposed against Cuba by the US, they had an extra-territorial effect but the EU united together to counter those effects.

“So it is possible that the EU will take retaliatory measures against the US enterprises. However, the EU doesn’t have a tendency to over-react so at first it will be about sitting down and try to solve it peacefully,” Portela said.

The analyst further said that the EU is greatly concerned about its energy security and it wants to safeguard its autonomy so it might take some measures against the US eventually.

On Thursday, US Senate approved a bill that would impose sweeping sanctions on Russia and seeks, in particular, to target companies that invest in Russian energy projects. The bill now has to be either signed or vetoed by US President Donald Trump.

On Friday, the Russian Foreign Ministry suspended the use of all US embassy warehouses and its compound in Moscow and also offered the US to cut down the number of its diplomatic staff in Russia to 455 people by September 1. Moreover, the ministry said that it reserves the reciprocal right to hit US interests in response to the US sanctions bill.

On Thursday, Russian President Vladimir Putin said that Russia is behaving patiently amid sanctions, but the time will come when Moscow will be forced to respond to arrogance, adding that if adopted, the US anti-Russia sanctions bill would be an "extra-cynical move."

US State Dept. Not to Disclose Number of Diplomats in Russia Amid Property Spat

Berlin 'Won't Accept Extraterritorial Use' of US Anti-Russia Sanctions