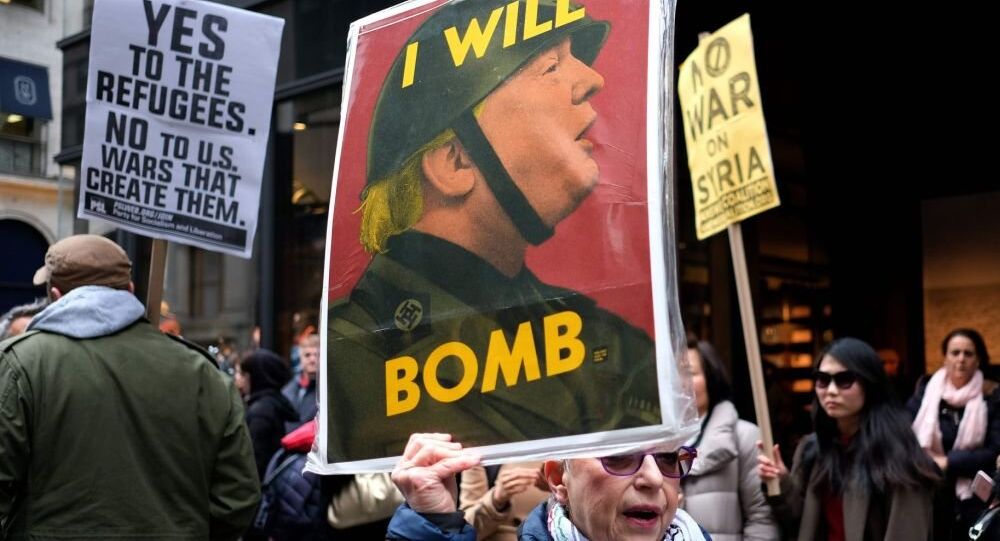 What's Behind US Statement on Damascus' 'Plans of Chemical Attack'

While the White House claims that Damascus is preparing for a "new chemical attack," referring to the Idlib incident of April 4, American investigative journalist Seymour M. Hersh insists that the US military on the ground in Syria were aware that the alleged gas strike never took place.

A lot of controversy is surrounding the White House's recent statement regarding the "possibility" of Damascus launching "yet another" chemical attack against its civilians.

Dropping no hint where such an idea could have come from, Spicer added that "if… Mr. Assad conducts another mass murder attack using chemical weapons he and his military will pay a heavy price."

Meanwhile, BuzzFeed News drew attention to a peculiar detail related to the statement: "many officials across the Pentagon did not know what the White House was referring to until Tuesday morning."

"Usually such statements are coordinated across the national security agencies and departments before they are released," the media outlet highlighted, citing five US defense officials including one US Central Command official.

© Sputnik / Mikhail Voskresenskiy
Syrian Minister Calls WH Chemical Attack Claim Preparation for 'New Aggression' Against Country
The media outlet added that the officials said that they had no idea where the potential chemical attack would come from, although the White House insisted that "that all relevant agencies, including State, DoD, CIA and ODNI," were aware of the issue "from the beginning."

Amid the confusion sparked by the White House's statement, US Ambassador to the United Nations Nikki Haley not only rushed to lambast the Assad government for "further attacks" but also pointed the finger at Russia and Iran.

"Any further attacks done to the people of Syria will be blamed on Assad, but also on Russia & Iran who support him killing his own people," Haley tweeted.

Still, the problem is that there is no evidence that the April 4 chemical incident in the Khan Sheikhoun area of Idlib province was the Syrian Arab Army's (SAA) "attack."

Quite the contrary, according to Pulitzer-Prize winning journalist Seymour M. Hersh, the American military personnel on the ground in Syria were aware that the alleged chemical strike never took place.

The American investigative journalist shed new light on the incident providing Welt Am Sonntag newspaper with an alleged "chat protocol of a security advisor and an active American soldier on duty at a key base" in Syria concerning the alleged attack on Khan Sheikhoun.

"We KNOW that there was no chemical attack. The Syrians struck a weapons cache (a legitimate military target) and there was collateral damage. That's it. They did not conduct any sort of a chemical attack," the American soldier wrote.

© REUTERS / Robert S. Price/Courtesy U.S. Navy
US Strike on Syria: Trump 'Merely Shooting From the Hip' Like Wild West Sheriff
"There has been a hidden agenda all along. This is about trying to ultimately go after Iran. What the people around Trump do not understand is that the Russians are not a paper tiger and that they have more robust military capability than we do," the security adviser answered.

The American personnel expressed concerns over potential retaliation on the part of Russia after the Trump administration authorized a Tomahawk strike on the Shayrat Airfield, used by the SAA to launch air attacks against Daesh (ISIS/ISIL) and Al-Nusra Front, on April 7.

"Russians are being extremely reasonable.  Despite what the news is reporting they are still trying to deconflict and coordinate the air campaign… They're showing amazing restraint and been unbelievably calm.  They seem mostly interested in de-escalating everything.  They don't want to lose our support in the help with destroying Isis," the American soldier wrote on April 8.

The two military servicemen also raised the question whether President Trump had been familiar with the intelligence on the matter before he authorized the strike.

"What happened? Is it Trump ignoring the Intel and going to try to hit the Syrians? And that we're pissing on the Russians?… You may not have seen Trump's press conference yesterday. He's bought into the media story without asking to see the Intel," the security adviser underscored. 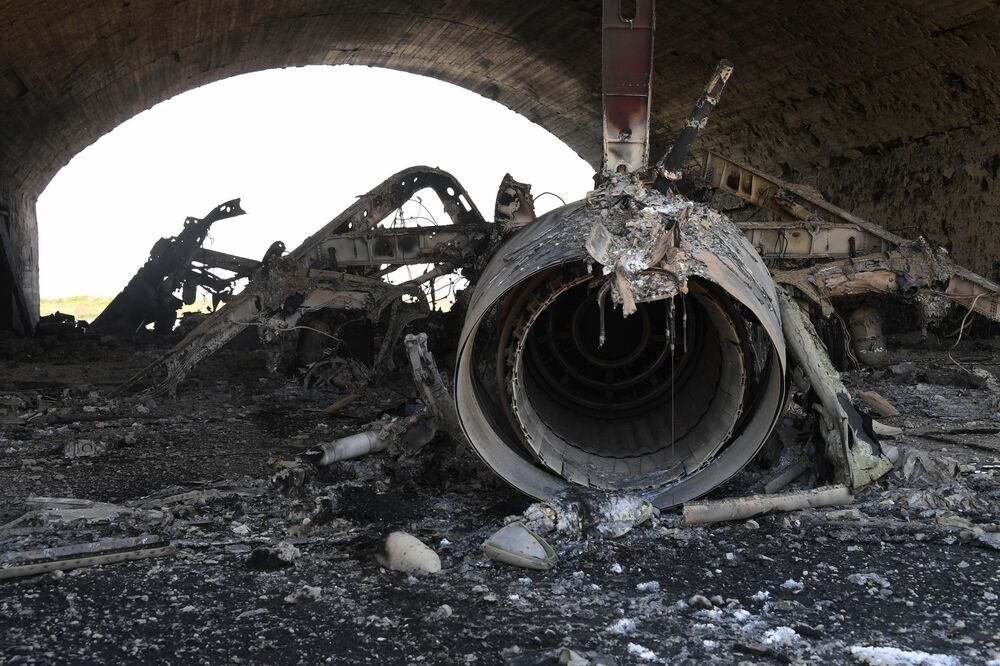 The White House statement prompts concerns whether the US is preparing for yet another strike against the SAA.

"In any case, it is Washington that looks very unsavory in this story: they either know about the upcoming attack and are not trying to prevent it, but knowingly put the uncomfortable Syrian leader in the wrong for that… Or the United States is preparing its own preemptive strike on Syrian troops and appeals to the topic that is already ‘famous' on a global level and will definitely justify any preventive action," Konstantin Kosachev, the chairman of the upper house of the Russian parliament's international affairs committee, said.

© Flickr / VA Comm
US May Be Preparing for 'Preemptive Strike' on Syria Amid Claims of 'Chemical Attack Plans'
Previously, the US-led coalition has conducted at least four attacks against the pro-Damascus forces in Syria including the Syrian Su-22 fighter bomber shot down by an American F18 Super Hornet on June 18.

The reference to the Idlib chemical incident on the part of the White House evokes strong memories of Colin Powell's UN speech ahead of the Bush administration's invasion of Iraq.

On April 4, the National Coalition for Syrian Revolutionary and Opposition Forces said the Syrian government had carried out a chemical weapons attack in the Khan Sheikhoun area of Idlib province.

For its part, Damascus denied any involvement in the incident referring to the fact that the SAA does not possess any chemical weapons as they had been destroyed by the Organization for the Prohibition of Chemical Weapons (OPCW). The incident was used by the United States as pretext for a missile strike against a Syrian military airbase on April 7.