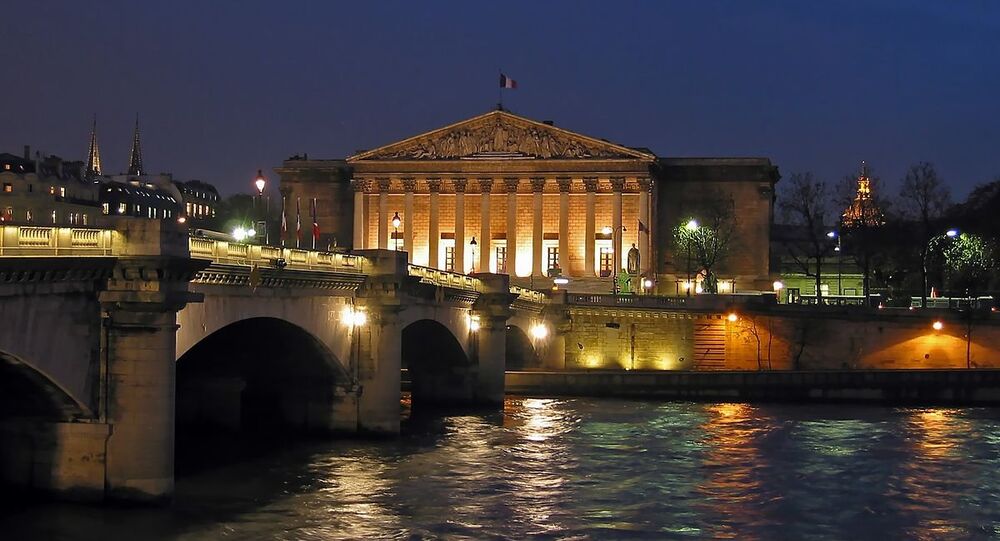 As many as 61 percent of French voters want to see the results of the first round of the legislative election, which put President Emmanuel Macron's La Republique En Marche (REM) party on track to a massive majority, "corrected," the latest Elabe poll showed on Thursday.

PARIS (Sputnik) — In Sunday's vote, REM led with 28.2 percent of the votes cast followed by the biggest opposition right-wing The Republicans with 15.77 percent. National Front got 13.2 percent and the left-wing La France Insoumise got 11.02 percent. The previously ruling Socialist Party got 7.44 percent. Polls now suggest that REM is poised to get some 430 seats in France's 577-seat parliament after the second round, while The Republicans could dip as low as 85 seats and the Socialists to between 20 and 35 seats.

© REUTERS / Benoit Tessier
Likely REM Majority in French Assembly May Have Rough Start Due to Inexperience
More than 6 French citizens out of 10 are unhappy with the results of the first round of the legislative election, which promised more than 80 percent of the seats in the National Assembly to be taken by pro-presidential lawmakers, according to the poll.

While Macron himself does not expect  "absolutism" to take hold in parliament, as he said on Wednesday during the council of ministers, French voters tend to disagree, with only 37 percent in favor of the results.

According to the poll, 53 percent find the likely REM majority of some 400 out of 577 seats in the National Assembly "worrying," whereas 22 percent are "very disappointed" by the results of the first round of voting.

The opposition parties including The Republicans, the National Front and Unsubmissive France are calling on supporters to vote against REM in order to support democratic discussion going in parliament. FN leader Marine Le Pen stated Wednesday that she feared a lack of pluralism after elections.

The second round of the parliamentary election will take place on June 18.