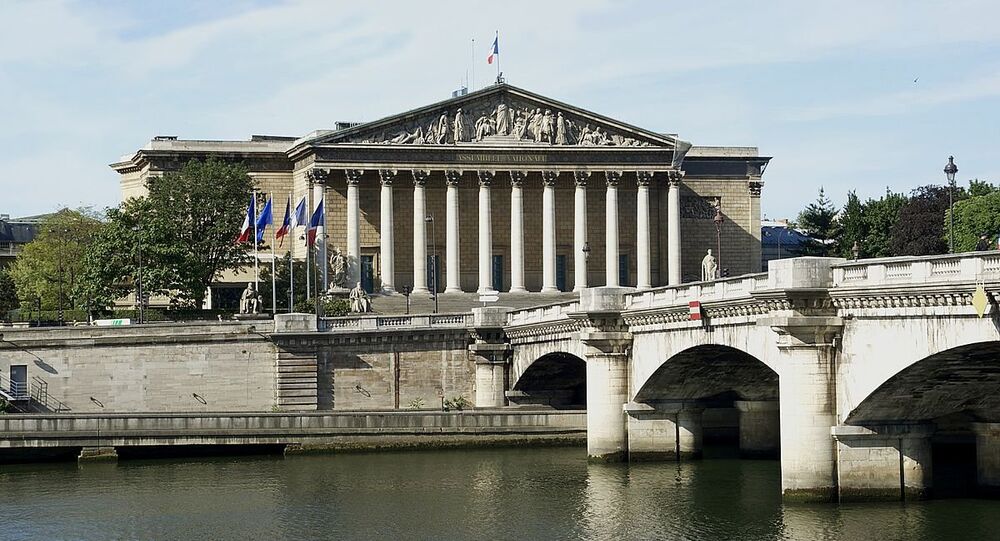 French voters, who have everything at their disposal to alter the disproportionate results of the first round of parliamentary elections, should take to the polls in the next round as the country could otherwise end up having a parliament with no opposition to President Emmanuel Macron's La Republique en Marche, the National Front leader said.

PARIS (Sputnik) — Although the voter turnout for the first round of parliamentary elections on Sunday was less than 50 percent, REM came in the lead with 28.21 percent of the vote, while the FN only got 13.2 percent. Pollsters predict that REM, allied with the Democratic Movement (MoDem), could receive around 400 seats in the 577-seat National Assembly.

"We cannot allow such a perspective of the Assembly. Our country, in order to function in a democratic way, needs opposition, opposition which is not reduced to the bare bones… I protest against the fact that there will be no pluralism in our country," Marine Le Pen told Europe 1 radio broadcaster.

© REUTERS / Charles Platiau
Low Turnout in French Vote Shows Parliament Legitimacy Crisis – FN Candidate
The FN leader called on French citizens to mobilize and vote in the second round of the elections, saying that they "have all cards in hand" to decrease the number of REM members in the new Parliament.

Le Pen also said she was skeptical about the initiative to introduce proportional representation in the parliament, which was mentioned by Prime Minister Edouard Philippe on Tuesday.

Macron's REM Wins Due to 'Great Tiredness, Rejection of Major Forces' by Voters