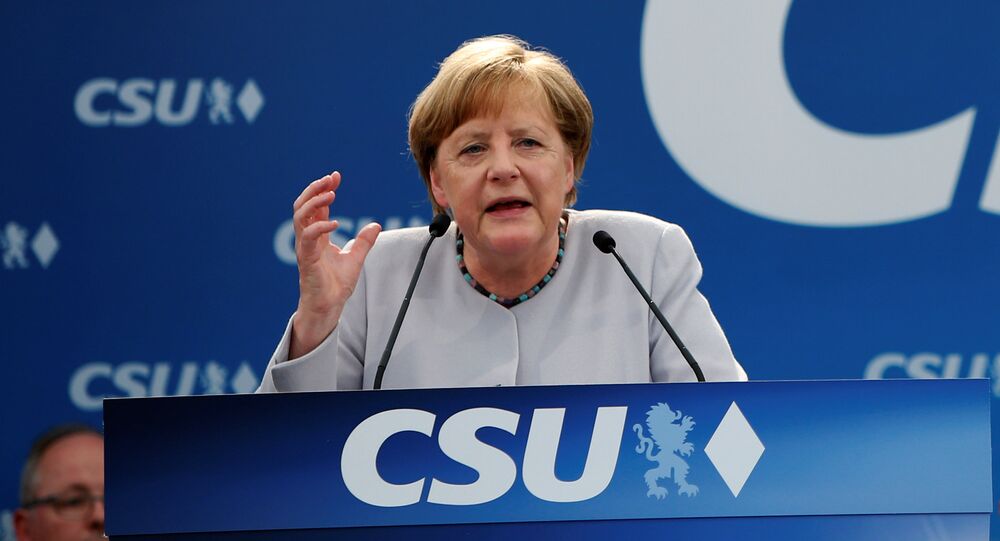 Following this week's NATO and G7 summits, German Chancellor Angela Merkel said Sunday that Europe "must take its fate into its own hands" as it sees the Western alliance divided by Brexit as well as Trump's reluctance to uphold the 2015 Paris climate accords, local media reported.

Addressing a crowd at an election rally in Munich, Merkel said that in the last few days, she had "experienced" that Germany and other European countries no longer can "completely rely on others."

Here's the video of Merkel's speech in Munich saying that Europe can't rely on the US & the UK anymore and "must take destiny in own hands". pic.twitter.com/dq8cUOeT37

© AP Photo / Matt Dunham, Pool
Trump Brings to US Results of His First Foreign Trip Across Middle East, Europe
Merkel's comments follow Donald Trump's bid for more time to decide if the US would continue backing the 2015 Paris climate accords. Earlier today, US media reported that the president had allegedly informed his confidants that the United States will withdraw from the Paris Agreement on climate change. Secretary of Defense James Mattis subsequently refuted the rumors in an interview with CBS, saying that Trump is open to various positions concerning the US participation in the 2015 Paris Agreement on climate.

The Paris climate agreement within the UN Framework Convention on Climate Change, championed by former US President Barack Obama, was ratified by 143 countries. It aims to hold the increase in average global temperature to below 2 degrees Celsius above pre-industrial level by reducing greenhouse gas emissions, with all the signatory states agreeing to reduce or limit their greenhouse gas emissions.