Russia is a peaceful country but it is ready to counter any potential aggression, Deputy Prime Minister of Russia Dmitry Rogozin said in his interview with Rossiya 1 broadcaster. Rogozin shed light on Defense Ministry's new weapons program, adding that the Russians traditionally win by skill rather than by weight of numbers.

Russia is a peaceful country which is first and foremost seeking to protect its borders and its allies, Deputy Prime Minister of Russia Dmitry Rogozin said in his interview on Vesti v Subbotu ("News on Saturday") program on Russia's Rossiya 1 broadcaster; however, Rogozin clearly signaled that Russia is ready to resist any potential aggression.

"We are a peaceful country, and for us, the most important thing is to ensure the security of our borders and our allies," Rogozin told Vesti v Subbotu anchor Sergei Brilev, adding that Russia has "weapon systems which can provide a response to any adversary." 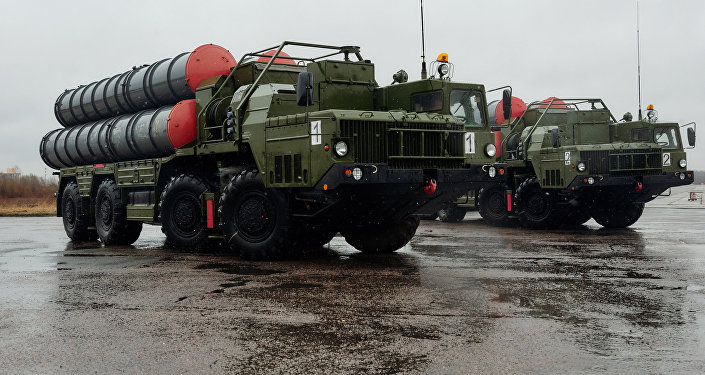 According to Rogozin, Russia has every opportunity to create its own aircraft carriers, the only question is whether it complies with the country's military strategy.

"If we talk about building aircraft carriers — technically and technologically the Russian defense industry is capable of creating such a ship. There is a technical project and the work on it has never stopped. But there is a question to the military whether they need such a ship. Unlike the US, we are a great continental power, and [therefore] we have different priorities," Rogozin said.

© Photo : Russian Defense Ministry
Officers and crew in parade uniforms on the flight deck of the Admiral Kuznetsov.

While shedding light on Russia's military program, the deputy prime minister pointed out that the Defense Ministry is intending to shift from modernizing old weaponry towards creating completely new military assets.

"We have given up upgrading old weapons," Rogozin said, "However, one should admit that the modernization [of old weaponry] is as normal as the creation of new samples. But upgrading should not become an infinitive process. Three, four upgrades are quite enough. Otherwise, it hinders the development of new weapon systems."

According to Rogozin, Russia's new weapons program envisages the creation of intellectual arms and automatic systems of control, communication and reconnaissance.

"The new weapons program is essentially an innovative one, it envisions new approaches: the creation of intellectual weapons, the automatic systems of control, communication, and reconnaissance," he specified.

© Sputnik / Sergey Guneev
A Souyuz 2.1a space carrier with Russian satellites Lomonosov, Aist-2D and a SamSat-216 nano satellite sits on the launch pad at Vostochny cosmodrome.

"We will also have a modern communication system — something that has always been our weak point. Currently, we are completing the development of new ground and air unmanned vehicles. The upgrading of [Russia's] space grouping is also going at full throttle," he said.

He added that the new program will maintain the balance between all branches of the armed service — ground forces, the Air Force and the Navy.

For instance, the deputy prime minister referred to the Defense Ministry's development of its next-generation strategic bomber (often referred to as the prospective air complex for long-range aviation) — the Tupolev PAK DA.

"We have not given up our plans on the prospective air complex for long-range aviation. The work on [the complex] is beginning," Rogozin told Vesti v Subbotu program, adding that the first PAK DA could be produced by 2023-2024. 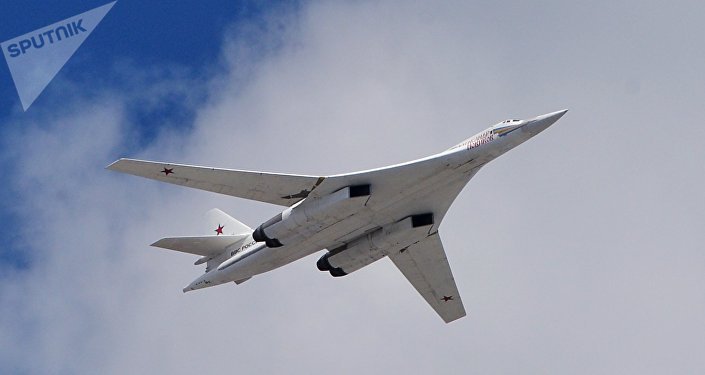 © Sputnik / Vladimir Sergeev
Modernized Tu-160M2 Bomber, 'Stepping Stone' to PAK DA 5th Gen Stealth Bomber
The PAK DA is being developed by the Russian aircraft manufacturer Tupolev Design Bureau under the project launched back in 2009. The aircraft will be capable of operating in the stealth mode, fly at hypersonic speed and will be equipped with advanced types of precision-guided weapons.

Meanwhile, the Tupolev Design Bureau will continue the production of the upgraded version of the Soviet-era Tupolev Tu-160 bombers, building on the new technology of electron-beam bonding. Rogozin added that the aircraft will be equipped with cutting-edge electronic devices.

"We will counter the potential aggression not by skill rather than by weight of numbers," Rogozin emphasized.