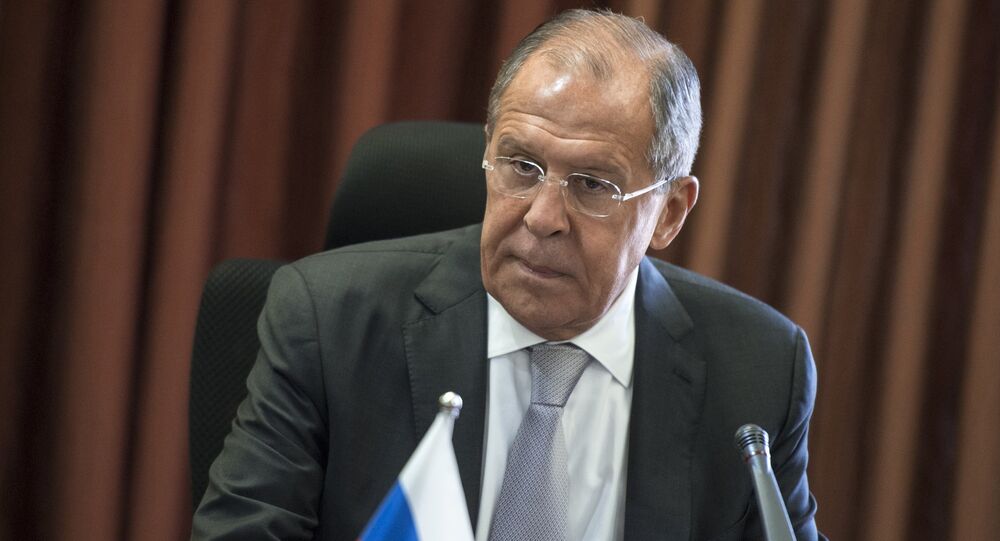 The Russian and US top diplomats discussed the US missile attack in Syria.

Only terrorists will benefit from the US strikes on the Syrian airbase, Lavrov told Tillerson.

"Sergei Lavrov emphasized that an attack on a country whose government is fighting against terrorism is only playing into extremists' hands and creating additional threats for regional and global security," the statement by the Russian ministry read.

© AP Photo / Ford Williams/U.S. Navy
Why US Should Be 'Brought to Trial' For Missile Attacks on Syrian Army
Lavrov stressed that reports of use of chemical weapons by the Syrian government in Idlib are false. Lavrov added that it is necessary to conduct a throrough, impartial investigation into the Idlib chemical attack.

"It was noted that it is necessary to conduct a thorough and professional investigation into facts concerning all this situation [the Idlib chemical attack]."

Lavrov and Tillerson agreed to continue the discussion of the Syrian settlement during a personal meeting next week during US Secretary's of State visit to Moscow.

© Sputnik / Mikhail Voskresensky
Pentagon, US DoS Failed to Prove Existence of Chemical Weapons at Syrian Airfield Hit by Missile - Russian MoD
A number of states, including Australia, Israel, Saudi Arabia, Turkey and the United Kingdom have already expressed their support for the attack, while Russia called the US actions in Syria an aggression against a sovereign state based on an unjustified reason.

Earlier on Saturday, the Russian Defense Ministry said that the Pentagon and the US State Department have failed to prove the existence of chemical weapons at the Syrian airfield struck by US cruise missiles.