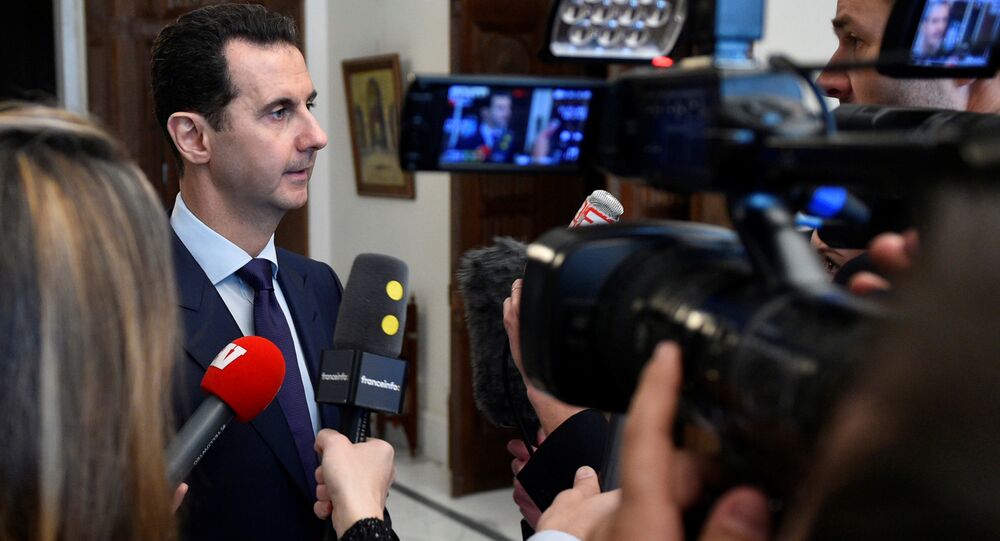 The recent reported chemical attack in the Syrian province of Idlib was aimed against the change of the United States' position on the future of Syrian President Bashar Assad after long-term demands of his stepping down, Syria’s Ambassador to China Imad Moustapha told Sputnik on Thursday.

MOSCOW (Sputnik) — On March 30, US Secretary of State Rex Tillerson, during his official visit to Turkey, stated that the future of Assad should be decided by the Syrian citizens. Previous long-term US position has put Assad’s resignation as essential condition for Syrian crisis settlement.

"Most probably, these new chemical attacks were really directed against the Trump administration’s public statements regarding President Assad. Now the administration would be blackmailed and forced to toe the line," Moustapha, a former ambassador to the United States, said.

On Tuesday, the Syrian National Coalition of Revolutionary and Opposition Forces and some other sources reported that some 80 people were killed and 200 injured in a chemical weapon attack in Idlib, blaming the Syrian army for the incident. The Syrian Armed Forces refuted the allegations.

Following the incident, US President Donald Trump on Wednesday called the chemical attack unacceptable and announced change of his attitude regarding the situation in Syria and Assad.