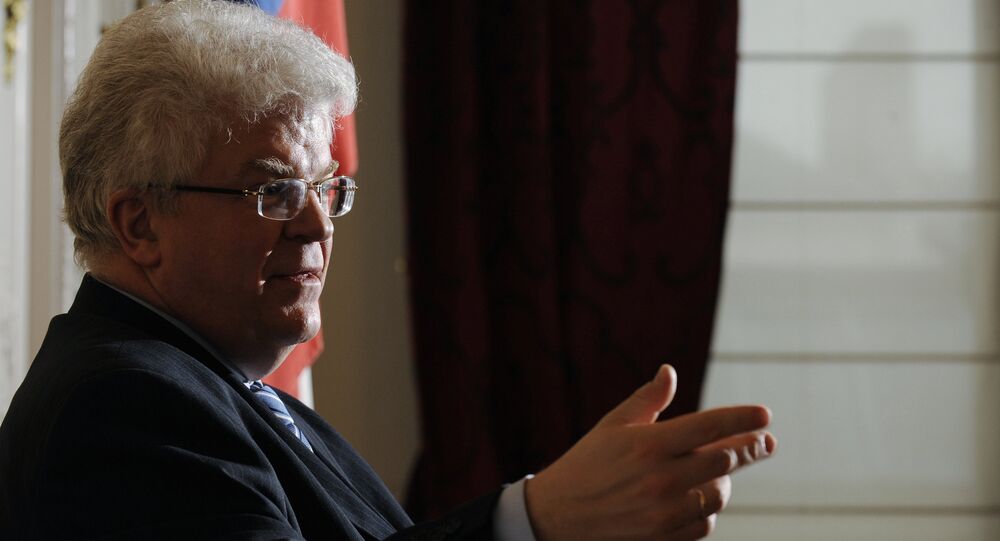 The anti-Russian campaign is ongoing and currently focused on waiting for the meddling of Russian hackers in French and then German elections, Russia's Permanent Representative to the European Union Vladimir Chizhov said Wednesday.

© CC BY 2.0 / Sarah-Rose / Italian flag
'We Have Lost Our Sovereignty': Italian Ex-Minister Demands an End to Anti-Russian Sanctions
MOSCOW (Sputnik) — Russia's envoy to the European Union noted that the "anti-Russian hysteria" was not less prominent in Europe than in the United States.

"Unfortunately, the anti-Russian campaign continues… the favorite topic right now is anticipating… the interference of Russian hackers into election campaign in France, then in Germany," Chizhov told Rossiya 24 broadcaster.

The 2016 US presidential elections were followed by allegations from the outgoing US administration that Russia may have meddled in the elections.

In January, the US Intelligence Community presented a report claiming that such interference took place, but without proof.

The leaders of Germany and Sweden have stated that an interference in their elections could not be ruled out.

Moscow has repeatedly denounced the allegations. Earlier in the day, an interview with Russian Foreign Minister Sergey Lavrov appeared, in which he denounced accusations of meddling in US as "groundless" and pointed out that zero evidence existed of Russian interference in internal affairs of the United States, Germany, France or the United Kingdom.

Kremlin spokesman Dmitry Peskov, commenting on the allegations of Russia’s interference in the US presidential election, said that Russia avoided actions that could be interpreted as meddling in the election process in other countries.

The first round of the French presidential election is scheduled for April 23, while the run-off between the top two contenders is set for May 7. The Germans are expected to vote in parliamentary election on September 24.