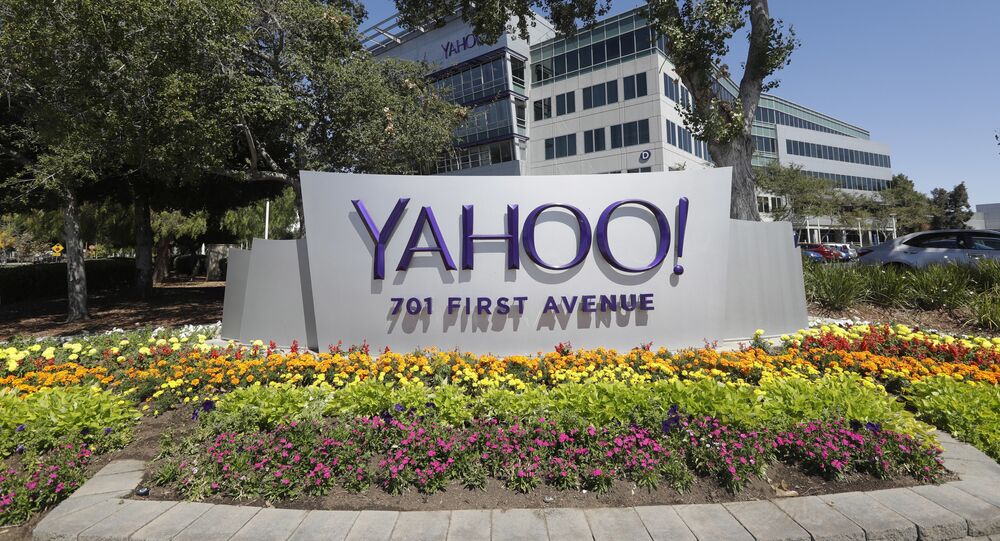 While the US Justice Department is unleashing its righteous fury against two Russian intelligence operatives allegedly involved in the hacking of half a billion Yahoo accounts, none of today's US media coverage mentioned that one of the culprits is being suspected of cooperating with foreign intelligence services including, apparently, the CIA.

Yahoo shed light on the data breach last fall; later the company revealed that in 2013 it had also fallen victim to a cyberattack.

According to US officials, the intrusion targeted the email accounts of Russian and US officials, Russian journalists, employees of financial services and other businesses.

"We are announcing an indictment of four individuals responsible for hacking into Yahoo and the use of that information to obtain information of yahoo accounts and other email productions. Defendants include two officers of the Russian intelligence services and two criminal hackers with whom they conspired," Acting Assistant Attorney General Mary McCord said.

The Washington Post highlighted that the latter charges are unrelated to the hacking of the Democratic National Committee (DNC) and the FBI's ongoing investigation into alleged Russian interference in the 2016 presidential election.

However, what US mainstream media have failed to report is that Dokuchaev was charged with treason and arrested by Russian authorities back in December 2016 along with his FSB superior Sergey Mikhailov and Kaspersky Lab's top manager Ruslan Stoyanov.

© AP Photo / Carolyn Kaster
CIA Plays No Part in Russia's FSB Information Security Center Detentions
Their collaborator, Vladimir Anikeev, who is referred to by the media as the founder of hacker group Shaltay-Boltay, was arrested in October 2016.

According to Sputnik's law enforcement source, the four are suspected of transferring data to foreign agencies.

"Indeed, they are detained on suspicion of treason. It is assumed that they regularly provided information to foreign, likely US, intelligence service members," the source revealed in early February, adding that the US Central Intelligence Agency (CIA) does not appear in the treason case.

"Why they committed the crime and what exactly they provided is being analyzed within the investigation framework," the source noted.

However, Russian media outlet Gazeta.ru suggested that Dokuchaev and Mikhailov collaborated with the CIA, citing a source in a Russian law enforcement service.

"Head of the Information Security Center of the Federal Security Service of the Russian Federation Sergey Mikhailov and his deputy Dmitry Dokuchaev are accused of having violated the oath and begun cooperating with the CIA," the source said, as quoted by the media outlet.

According to Gazeta.ru, FSB started an internal investigation over Mikhailov and Dokuchaev's alleged collaboration with Western companies closely connected with foreign secret services a year ago.

It was also reported that the investigation was launched over a cybercrime that was committed by the suspects a few years ago.

It looks rather strange that none of the US mainstream media sources have mentioned the fact that Dokuchaev currently remains under arrest in Russia on charges of treason.

The question arises, why the US Justice Department, avoided mentioning that the aforementioned FSB operative is being accused of spying and collaborating with foreign intelligence services.

The recent WikiLeaks disclosure of the CIA hacking group's activities has once again undermined Washington's claims regarding Russia's involvement in overseas cyberattacks.

Is it possible that the CIA was indirectly involved in the hacking of Yahoo in order to later implicate Russia?

As CIA documents released by WikiLeaks indicate, the US intelligence agency is capable of using false flag digital "fingerprints" to shift blame on other nations, including Russia.