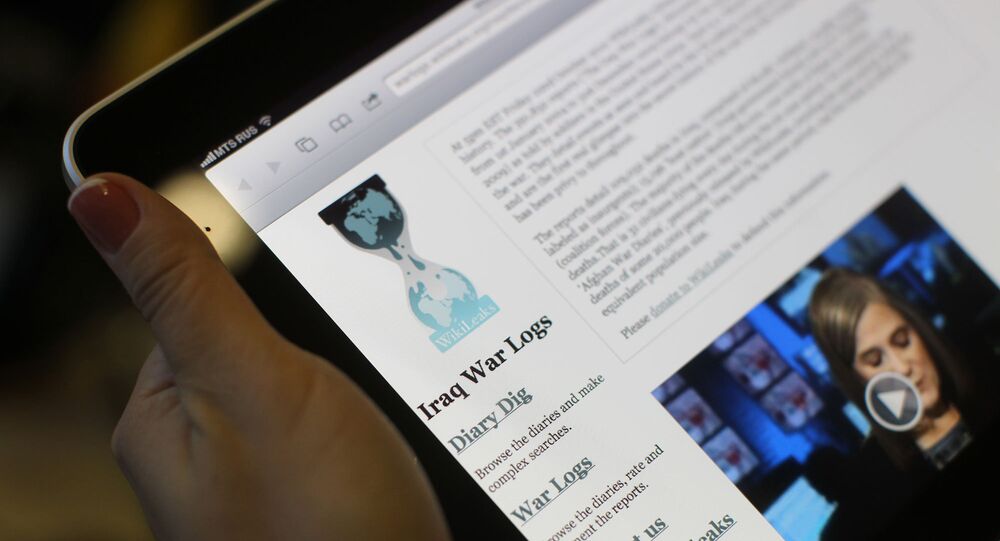 The extent of WikiLeaks' latest exposure is surprising and shocking, Australian researcher David Glance told Radio Sputnik, suggesting that the leak has dealt a heavy blow to both the CIA's image and US national security. Meanwhile, WikiLeaks signals that it has released less than one percent of its damning Vault 7.

The extent to which WikiLeaks' Vault 7 leak has shed light on CIA hacking tools and practices is surprising and shocking, according to David Glance, a Director of the University of Western Australia's Centre for Software Practice.

Speaking to Radio Sputnik's Mark Hirst, Glance referred to WikiLeaks' notion that the leaked information could have been circulated among contractors and consultants within the service for some time.

Given this, the Australian researcher believes that the documents were handed to WikiLeaks by an "insider."

It is highly unlikely that "an external agency hacked the CIA and managed to get this material," Glance remarked.

Commenting on whether or not large software vendors could have been complicit in the CIA hacking practices, the researcher noted that he is not convinced that anything like this actually took place.

"I am not convinced that they would have been complicit [in CIA efforts]," he said.

© Photo : PIxabay
Mysterious Disk Wiper: WikiLeaks Reveals How CIA Weaponized 'Shamoon' Malware
However, he admitted that willingness to collaborate with US law enforcement agencies and secret services varies from company to company.

He believes that "Apple and Google, for example, are a little bit more reluctant to do this, than Yahoo, for one example, which was much more willing to collaborate and cooperate with security services."

Glance highlighted that he wasn't surprised that the CIA and other security services have "zero day" exploits, special malware and other devices.

"Going back to 2011 we know that there's an entire industry that essentially has been build up around providing law enforcement and secret services with mechanisms and tools to able to do this," he said.

However, the Australian researcher expressed his skepticism about the probability of the CIA carrying out its hacking operations on a massive scale.

"I am not sure about mass surveillance," he noted, suggesting that the exploits and special malware are being used to get access to specific targets.

"I don't think that an average citizen of whatever country needs to be particularly concerned [about] the CIA [surveillance]," he noted.

© REUTERS / Larry Downing
CIA Hackers: Why WikiLeaks 'Vault 7' Becomes a Wake-Up Call For Users, IT Giants
According to the researcher, the problem is whether or not the CIA misuses the tools it has been provided to ensure public safety.

"The question is that this [capability] can be turned to any purpose and really in the past years the ability for governments of a number of countries being able actually to target it to other purposes including elections and other things," Glance said.

Ahead of the elections, France's major political parties were targeted for infiltration by the agency's human and electronic spies, WikiLeaks revealed.

In a recent press release, WikiLeaks has called for a public debate on whether "the CIA's hacking capabilities exceed its mandated powers" and emphasized "the problem of public oversight of the agency."

For his part, Julian Assange highlighted "an extreme proliferation risk in the development of cyber 'weapons'."

"Comparisons can be drawn between the uncontrolled proliferation of such 'weapons', which results from the inability to contain them, combined with their high market value, and the global arms trade," he stressed.

Assessing the possible consequences of the latest leak, Glance opined that it has both damaged the CIA's image and dealt a heavy blow to US national security.

"It is damaging to [both] the CIA and US national security," he said, adding that if this information had a wide circulation before it was leaked, that was even worse.

While Glance has expressed his surprise regarding the extent of the leak, which comprises 8,761 documents and files, WikiLeaks signaled Wednesday that it has released less than one percent of its Vault 7 series.