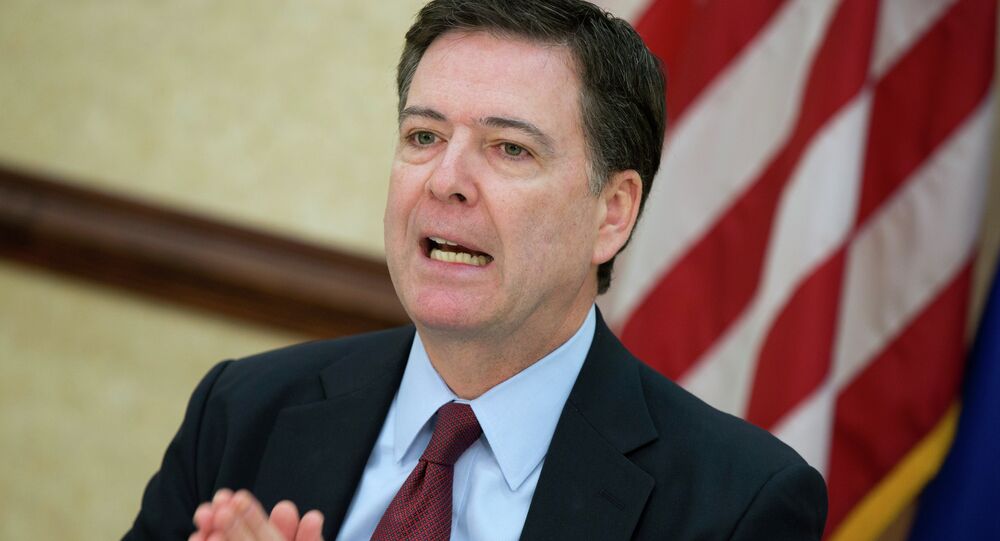 FBI Director James Comey has asked the US Department of Justice to publicly deny the president's assertion that his predecessor ordered his phones tapped - and so far, the Justice Department has not.

Comey says President Donald Trump's claim that Trump Towers was put under surveillance on the orders of former President Barack Obama is false and must be corrected, sources told the New York Times. He is said to have made the request on March 4.

The FBI and the Department of Justice refused to comment on the story, and Comey has not made an official statement.

J. Christian Adams, a lawyer employed by the Department of Justice under the George W. Bush administration, told Fox and Friends the next day that a Foreign Intelligence Surveillance Act (FISA) court request, which theoretically could have allowed the Obama administration to put surveillance on Trump in order to collect information about foreign powers and agents of foreign powers, would have to have gone through both the US attorney general and the head of the FBI.

"So there are documents, there are people who know."

© Photo : Pixabay
UK Acknowledges That 'Russia is Not Its Enemy For the First Time in Years'

Trump has not backed down from his allegations, and White House Press Secretary Sean Spicer issued a statement early Sunday on Twitter saying the president had called for Congressional intelligence committees, which are investigating alleged Russian involvement in last year's presidential election, to investigate whether the previous administration abused executive branch power.

The New York Times says Comey is pushing for the Department of Justice to reject Trump's allegations because they suggest the FBI broke the law. It also says high-level FBI officials are worried that the idea of a court-ordered wiretap would give the public the sense that the government does indeed have real evidence that the Trump campaign colluded with Russia to interfere in the election. Though there have been many accusations, so far, little to no actionable evidence has been shown to the public of either Russian influence on the election or cooperation with the Trump campaign.

A flat statement that the president is lying by a government agency would be remarkable — but perhaps this is now to be par for the course, mired as the country seems to be in what Republican Congressman Ben Sasse on Saturday called "a civilization-warping crisis of public trust."

Through spokesmen, Obama has denied ordering surveillance on Trump during the campaign, as has former FBI Director James Clapper.

Trump has habit of making claims without offering evidence. He recently alluded to a migrant crisis in Sweden that left many scratching their heads, and he has frequently referred to massive voter fraud in the United States, though no one on his staff has pointed to proof.

Comey is blamed by some in the Democratic party for dashing the chances of Hillary Clinton in her race against Trump when he announced that the bureau was reopening their case into her use of a private email server for state business only days before the election. He apparently decided to go public against the wishes of the Department of Justice.