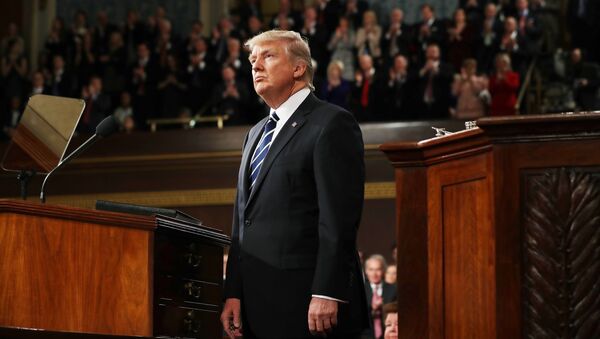 US Democrats say the president's comments on possible surveillance at Trump Tower reveal he is "in trouble," whether they are true or not.

Speaking the NBC's Meet the Press, Schumer said if Trump knowingly spread false information about the alleged wiretapping, it would be "beneath the dignity of the presidency. It is something that really hurts people's view of government." He echoed Republican Senator Ben Sasse, who yesterday called the political atmosphere a "civilization-warping crisis of public trust."

"It shows this president doesn't know how to conduct himself," Schumer said.

Of course, if the allegations are true, Schumer said, it's even worse for Trump. "Because that means that a federal judge, independently elected, has found probable cause that the president, or people on his staff, have probable cause to have broken the law or to have interacted with a foreign agent. Now that's serious stuff."

Trump has not actually said what prompted him to make the allegations over Twitter.

"Mr. President: If there was a wiretap at Trump Tower, that means a fed judge found probable cause of crime which means you are in deep shit," he wrote. He also said the president was "in trouble."

Schumer did not say on Sunday whether he'd been briefed on Trump's wiretapping allegations, saying he could not comment on what would have been a classified briefing. He did, however, call again for a special prosecutor to address allegations Trump worked with Russia somehow to influence the presidential election, and said his wiretapping allegations are an attempt to draw attention away from those questions.

Trump and Schumer have long been at odds. Tempers flared most recently when the Democratic Senate leader said Attorney General Jeff Sessions should resign over lying to Congress about meeting the Russian ambassador. Russian ambassador fever has gripped DC, with the president and members of Congress engaging in strange social media wars over who met which Russian when and why.

Democratic congressmen have pointed out that their meetings with Russians Trump is pointing out occurred in public and were documented by the press.