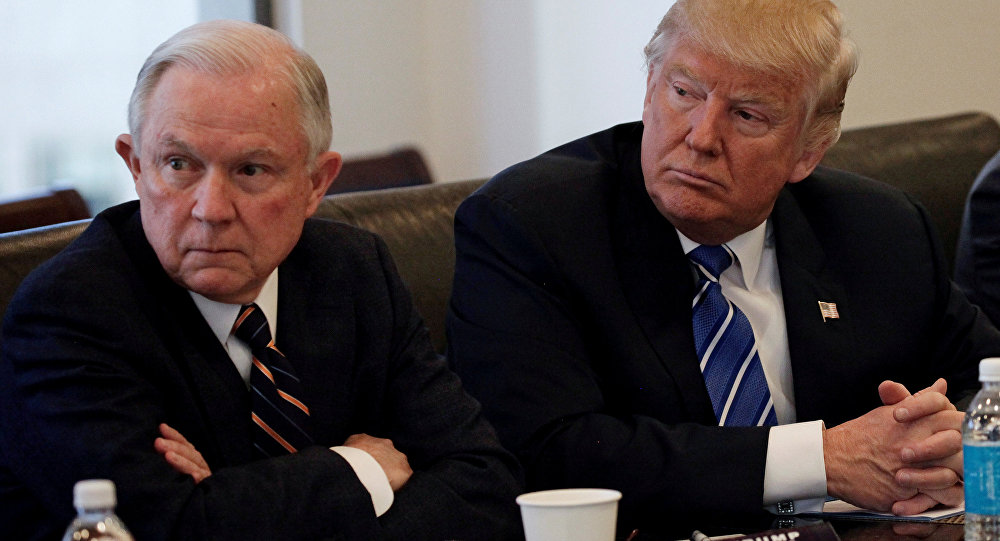 Attorney General Jeff Sessions has come under fierce criticism from Donald Trump's bipartisan opposition over his alleged ties with Russia. Speaking to Radio Sputnik, Russian expert Viktor Olevich explained why the Democrats are calling for appointing an independent prosecutor and why the fuss over Sessions is actually aimed at impeaching Trump.

On March 1, the Washington Post reported that last year Sessions, then an Alabama senator, spoke twice to Russian Ambassador to the US Sergei Kislyak; the media outlet drew attention to the fact that Sessions didn't disclose this fact during his confirmation hearings.

When asked by Sen. Al Franken, D-Minn., whether he knows if anyone associated with the Trump campaign had contacts with the Russians in the course of the presidential campaign, Sessions said that he was not aware of "any of those activities."

The report has prompted a heated debate with the Democrats calling for Sessions' removal from the office.

We are far past recusal. Jeff #Sessions lied under oath. Anything less than resignation or removal from office is unacceptable.

​"We are far past recusal. Jeff #Sessions lied under oath. Anything less than resignation or removal from office is unacceptable," House Minority Leader Nancy Pelosi (D-Calif.) tweeted Thursday.

The White House rejected the allegations, saying in a statement that "Attorney General Sessions met with the ambassador in an official capacity as a member of the Senate Armed Services Committee, which is entirely consistent with his testimony."

The White House called the fuss over Sessions' alleged contacts with the Russians "the latest attack against the Trump Administration by partisan Democrats."

Sessions' spokesperson Sarah Isgur Flores underscored that there was nothing misleading about his answer to Congress.

"Last year, the Senator had over 25 conversations with foreign ambassadors as a senior member of the Armed Services Committee, including the British, Korean, Japanese, Polish, Indian, Chinese, Canadian, Australian, German and Russian ambassadors," Isgur Flores pointed out as quoted by CNN.

Trump's political opponents have repeatedly accused the US President and his aides of alleged ties with Russia, claiming that Moscow interfered into the US elections. However, they have not presented any evidence to prove either of their theses. 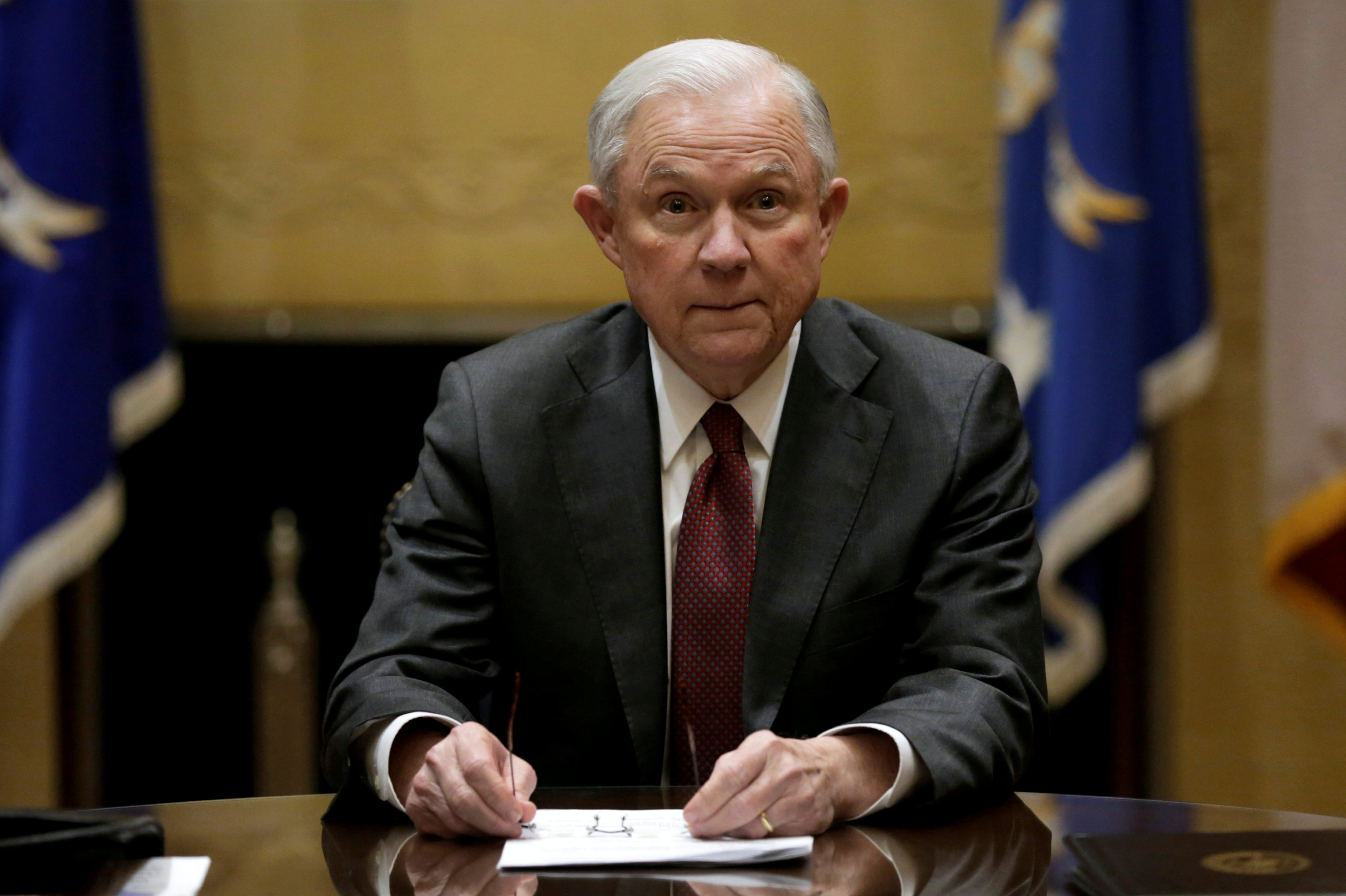 Viktor Olevich, a Russian political analyst and specialist in US-Russia relations, believes that the anti-Sessions campaign is part of the effort aimed at impeaching Trump.

"Jeff Sessions had served as a member of the Armed Services Committee before he was appointed as Attorney General," Olevich recalled in his interview with Radio Sputnik, "he had met with dozens of ambassadors and diplomats from various countries. It was part of his job."

According to Olevich, Trump's opposition has targeted Sessions for a reason: they want to appoint a so-called independent prosecutor to investigate Trump's alleged connections with Moscow.

We need a special prosecutor totally independent of the AG. We need a real, bipartisan, transparent Congressional investigation into Russia.

© AP Photo / John Locher
Flynn's Ouster: Trump's Opponents Seek to Tear Apart His Cabinet Brick by Brick
Olevich said that in accordance with US laws if the Attorney General for some reason cannot take an investigation into a sensitive political case under control, he should appoint an independent prosecutor.

He recalled that such a scenario took place in the 1990s when the 42nd US President Bill Clinton and his wife were suspected in being involved in the Whitewater scandal. While neither Bill nor Hillary Clinton were prosecuted due to a lack of evidence, the case dealt a heavy blow to ex-President Clinton's reputation.

Furthermore, a few years of meticulous investigation into Clinton's activities by an independent prosecutor had borne fruit: the scandalous story of ex-president's affair with a White House intern, Monica Lewinsky, was brought to light.

"Then the House of Representatives voted to impeach the president [Clinton]. And even though the Senate acquitted him, but damage was done," Olevich pointed out.

"And now they [Trump's opposition] are trying to use the same scheme against Donald Trump and his administration," he said.

Encouraged by Michael Flynn's resignation, Trump's political adversaries are seeking to either topple or exert considerable pressure on Sessions to force him to appoint an independent prosecutor, Olevich explained.

According to the expert, that would allow them to push ahead with the investigation into the Trump cabinet's alleged ties with Russia. They would try to blow up this story to impose a considerable pressure on the US President and his appointees. What they need is to either force Trump into resignation or impeach him, Olevich believes.