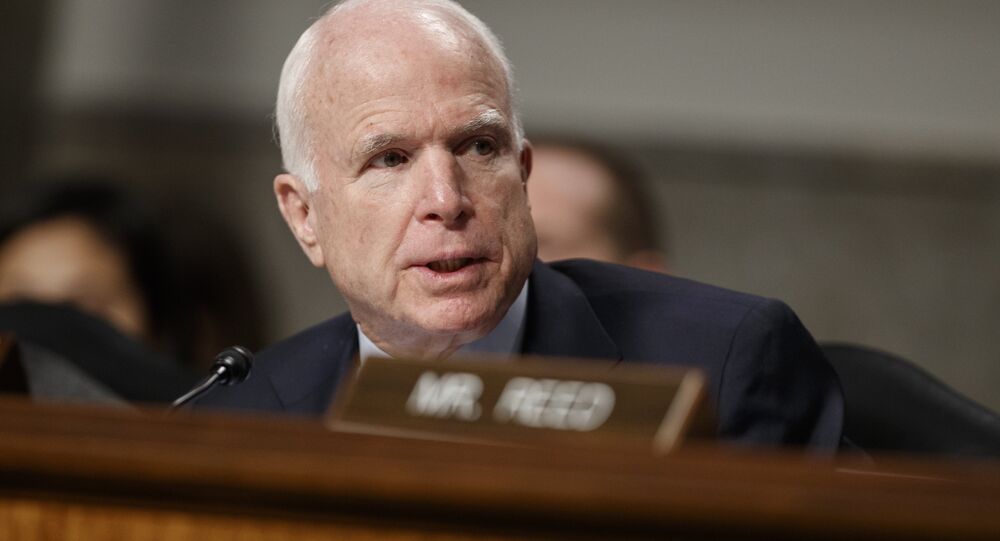 US Senator John McCain praised the new sanctions against Iran introduced by the Trump administration on Friday.

WASHINGTON (Sputnik) — Earlier in the day, the US Treasury Department imposed a new round of sanctions against Iran, adding 12 entities and 13 individuals to the OFAC’s Specially Designated Nationals list, after Tehran carried out a missile launch.

The move comes after US President Donald Trump said that Iran is "playing with fire," adding that he will not be "as kind" as former US leader Barack Obama had been.

"I hope the measures announced today by the Trump administration will serve as a first step towards a comprehensive strategy to counter Iran’s malign influence and protect America’s national security interests," the release stated on Friday.

The Iranian supreme leader’s top aide commented on the statements, saying that Tehran will continue missile tests in accordance with its defense program and US' warnings are a "bluff."

© REUTERS / Mahmood Hosseini
Why Iran Missile Launch 'Cannot Serve as Objective Basis for Sanctions'
After much criticism and speculation over alleged missile tests in Iran earlier in the week, the nation’s Defense Minister Brig. Gen. Hossein Dehqan confirmed on Wednesday that the nation had conducted test missile launches in line with their defense programs.