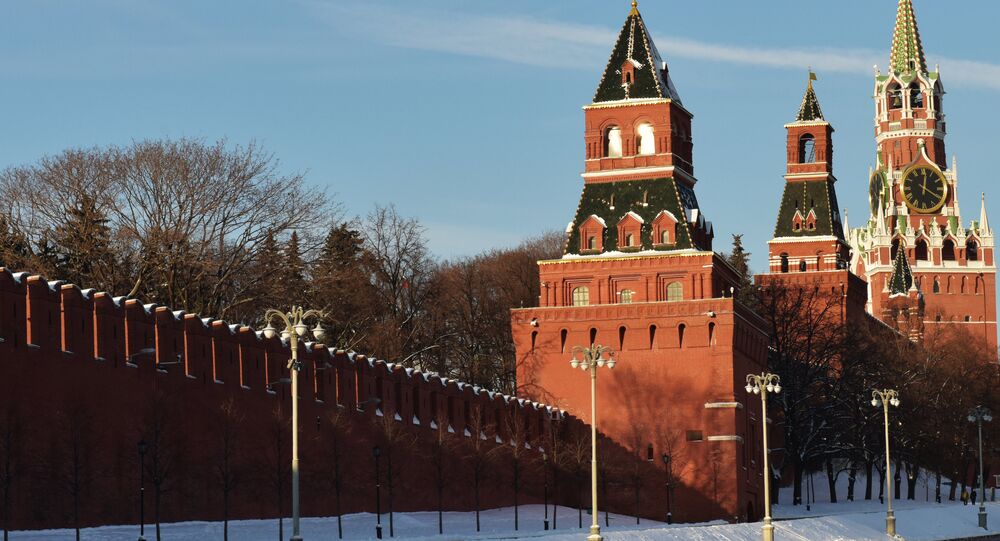 Trilateral Talks Without US: New Trend in Russian Diplomacy

Commenting on the third round of tripartite meetings between Russia, China and Pakistan on the deteriorating situation in Afghanistan, which were held in Moscow on Tuesday, Russian expert in Central Asia Azhdar Kurtov called it a new trend being set by Moscow to deal with the Afghan crisis.

© REUTERS / Nasir Wakif
Efforts to Facilitate Afghan Gov’t, Taliban Talks Needed – Pakistan Foreign Secretary
Russia, China and Pakistan warned on Tuesday that the influence of Islamic State (IS/ISIL/Daesh) was growing in Afghanistan and that the security situation there was deteriorating.

The three countries met in Moscow. The United States, which still has nearly 10,000 troops in Afghanistan more than 15 years after the Islamist Taliban were toppled by US-backed Afghan forces, was not invited to the Moscow talks.

"The three countries expressed particular concern about the rising activity in the country of extremist groups including the Afghan branch of IS," Russian Foreign Ministry spokeswoman Maria Zakharova told reporters after the meeting.

Earlier in December, Russia, Turkey and Iran held trilateral talks in Moscow on the settlement of the Syrian crisis, also leaving the US uninvited.

Commenting on the above meetings, Russian expert in Central Asia Azhdar Kurtov noted to Sputnik that Moscow seems to be forming its own trend in settling the Afghan and Syrian crises. The suggested initiatives might considerably alter the balance of power in the international arena, he suggested.

However, he added that one should not rule out that the initiatives could have become the natural continuation of the ongoing changes in US foreign policy after the election of the 45th US president. Donald Trump has openly condemned the policies of the Obama administration both in the Middle East and in Afghanistan.

"Moscow could not help but make the use of the chance which has opened up to alter the current negotiating formats, and to try to drive the diplomatic talks from the dead-lock where they have been resting for quite a long time," he told Sputnik.

© AFP 2021 / BRENDAN SMIALOWSKI
Pakistan's Top Diplomat Expected to Visit Moscow for Afghanistan Talks Dec. 27
Kurtov also noted that regardless of all the demonstrated efforts to bring the Afghan authorities and the opposition to the negotiating table, the US has not reached any visible success. At the same time, Pakistan, China and Russia are largely interested in stabilizing the situation in the country due to the proximity of the country to their borders.

The participation of Pakistan, the expert noted, raises certain questions from Afghanistan, however next year it is going to join the Shanghai Cooperation Organization where Russia and China are playing major roles.

Russian expert in Pakistan Petr Topychkanov suggested that the new trend in the settlement of Afghan crisis is purely the initiative of Moscow. Both China and Pakistan had previously been participating in a quadripartite format with participation of the US, but became disenchanted as the US has been influencing the position of Kabul.

Hence, he suggested, the two countries opted to join Moscow.