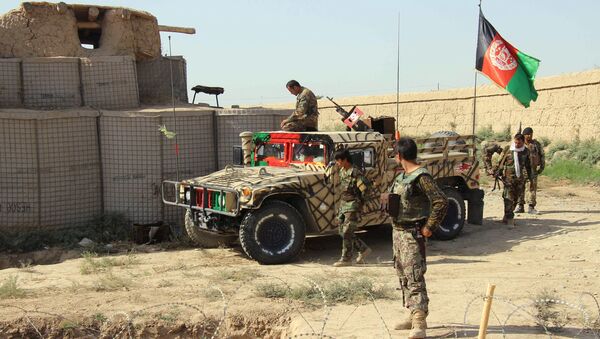 Afghanistan Police Kill Top Taliban Commander in Ghazni Province
MOSCOW (Sputnik) – There is no military solution to the crisis in Afghanistan, efforts to facilitate talks between the Afghan government and Taliban are needed for an Afghan-led peace process, Foreign Secretary of Pakistan Aizaz Ahmad Chaudhry told Sputnik following talks with Russia and China on the issue.

"There is no military solution to Afghan conflict. Politically negotiated settlement is the only viable option for durable peace in Afghanistan. Towards this end, there is a need for continued efforts to facilitate talks between Afghan Government and Taliban through an Afghan-led Afghan-owned process," Chaudhry said in Moscow.

Earlier in the day, representatives of Russia, China and Pakistan held consultations on Afghanistan in the Russian capital.

"We had useful discussions on the situation in Afghanistan and the efforts for promoting lasting peace and stability in that country," Chaudhry said, commenting on the talks.

"There is also need for strengthening cooperation in counter-terrorism for combating terrorists and extremist groups, particularly Daesh and its affiliates, and those involved in drugs trafficking," the official said.

Afghanistan is experiencing political, social and security instability, in particular, due to the activity of the Taliban militant group. The crisis in the country prompted the emergence of local cells of other extremist organizations such as Islamic State (IS), which is banned in many countries, including Russia.