This is Why Washington Needs Mainstream Media 'Tales of Russian Atrocities'

Commenting on a recent article in the US media decrying once again Syria and Russia for their "atrocities" in Aleppo, with, of course, no proof whatsoever of the "crimes against humanity" proffered other than some jihadist propaganda, a Russian political scientist explained to Sputnik that Washington relies on articles like this to "save its face."

© Photo : SANA
Freed Aleppo Major Defeat to Saudi Arabia, Qatar, Turkey, Serious Setback for US
Ben Taub, a former contestant on the TV show "The Voice" and occasional contributor to The New Yorker magazine has a very poor view of Russia and Syria it seems, calling Aleppo's evacuation a "crime against humanity."

The distinguished author, who graduated in 2014, cited as evidence the baseless tweets of a Syrian teacher and activist Abdulkafi Alhamdo who, standing against some white wall which could have been virtually anywhere, urged his audience, carefully cultivated on social media, not to "forgive Russia, Assad, and Iran" after his death and "let them pay the price."

Taub then hastily labelled the release of the civilians, who had been previously prevented from fleeing the city by their benevolent jihadist overlords and were shot dead when they tried to do so, as  a "crime against humanity."

Commenting on the article, Kirill Koktysh, Russian political scientist, associate professor of International Politics at Moscow-based MGIMO University, explained that Washington needs stories like these to "save its face."

"It is being done to save the face. Russia has been and still remains a subject to be attacked with information," he told Radio Sputnik. 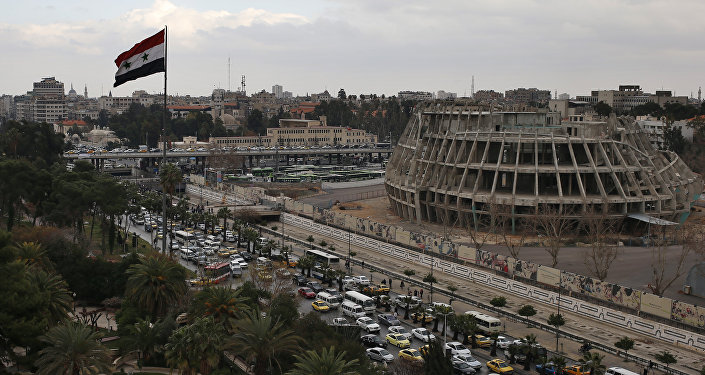 © AP Photo / Hassan Ammar
Russia-Turkey-Iran Brokered Agreement on Syria Brings US' Ploys to Naught
"Western countries are trying to convince their population of the morality of their positions, doing all they can to prove that their opponent is immoral," he said.

However these accusations have been roughly and hastily fabricated, he added. All of this is clear falsification in favor of the agenda these countries have been previously pushing through.

The magazine may profit from increasing its circulation, he said, regardless of the truth of the assertions.

The political scientist suggested that such misinformation might resonate with some audiences, however doubted that the political establishment would take it seriously.

"However if they believe in bears walking along the streets in Russia and drinking vodka then I would assume those very people will buy it," he told Sputnik.

© REUTERS / Omar Sanadiki
Mainstream Media Wakes Up to Its Own 'One-Sided' Propaganda Campaign Over Syria
However he noted that reporters on the ground tell a different story. And referred to Professor Tim Anderson, a distinguished author and Senior Lecturer of Political Economy at the University of Sydney, Australia, who advised to listen to the reports of Syrian, Iranian, Russian and independent reporters (including Maytham al Ashkar, Shadi Halwi, Asser Khatab, Khaled Alkhateb, Ali Musawi, Lizzie Phelan, Murad Gazdiev, Vanessa Beeley, Eva Bartlett and the late Mohsen Khazaei) who have actually spent time in the country and revealed exactly what is happening there. A truth that The New Yorker readers have not yet been treated to.