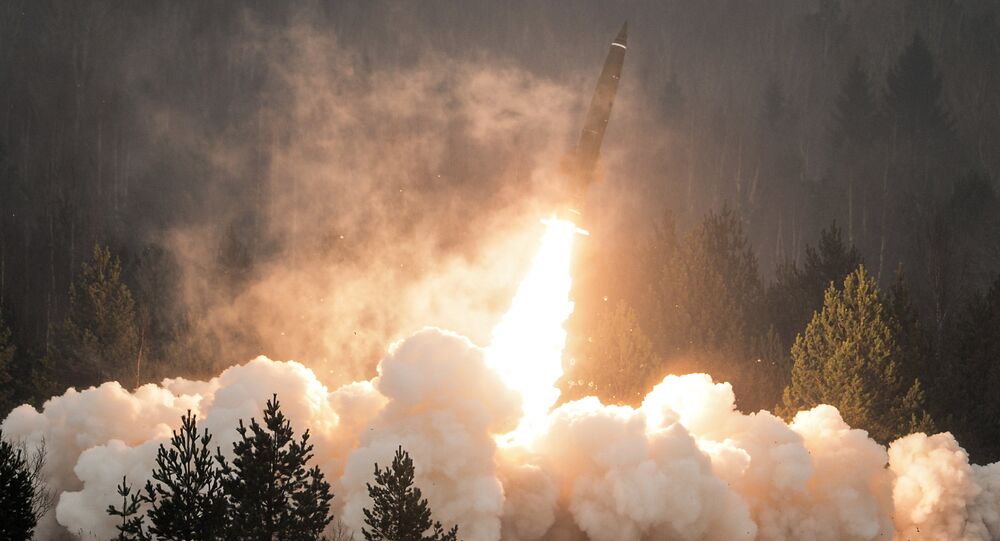 A diplomatic scandal is brewing between Kiev and Moscow over Ukraine's plans to stage missile drills over Russian airspace in Crimea. This is just the latest in a series of provocations; earlier this month, Ukraine abducted two Russian servicemen. Before that, Russian intelligence caught Ukrainian saboteurs trying to blow up Crimean military bases.

With this in mind, the questions that must be on the Kremlin's mind are: why is Kiev making such a conscious effort to poke the Russian bear, and what could it possibly achieve in doing so? Answers to those questions requires a closer look at the provocations that have occured in the last couple weeks.

Earlier, Kiev announced that they would be holding missile-firing exercises over airspace adjacent to western Crimea. The drills will extend into Russia's civil airspace and have been deemed a threat to flight safety.

The Russian Ministry of Defense called the exercises "illegal" and summoned Ukraine's defense attaché to hand him a formal note of protest. Later on Friday, Duma Defense Committee Chairman Andrei Krasov warned that Ukraine already has 'experience' in accidentally shooting down civilian airliners, referring to a 2001 incident, when a Ukrainian S-200 missile shot down a Russian Tu-154 on route to Siberia during a training exercise.

Krasov also stressed that Russia has "enough forces, air defenses and other means" to ensure the security of Russian airspace, and pointed to the recent deployment of the S-400 Triumf air defense system to the peninsula.

Friday's drama took attention away from another scandal which began just a few days earlier, when two Russian servicemen were abducted by the Ukrainian military. The Russian Defense Ministry called that affair a "flagrant provocation," and demanded the servicemen's immediate return to Russia. The servicemen were whisked across the Ukrainian border after being lured to the area on the false promise that they would be given documents that would confirm that they have obtained higher education from Ukrainian universities.

© Sputnik / Alexei Druzhinin
Detention of Russian Servicemen by Ukraine's SBU Treacherous - Putin
The servicemen are being held in the Ukrainian region of Mykolaiv. Russian officials have warned that physical and psychological pressure could be used against them to get them to 'confess' crimes against Ukraine. The two servicemen had earlier served in the Ukrainian military, and are being charged with 'desertion' over their decision to join the Russian military after Crimea voted in a referendum to rejoin Russia in March 2014.

And that scandal is itself a follow-up to an earlier controversy which blew up two weeks ago, when saboteurs affiliated with the intelligence forces of the Ukrainian Ministry of Defense were caught preparing terrorist attacks on civilian and military infrastructure in Crimea, including the Russian Black Sea Fleet's base in Sevastopol. On Monday, two more saboteurs were arrested in connection with that case, bringing the total number of suspects up to five.

The stream of provocations by Kiev over Crimea this month has been met with bewilderment and concern by Russian observers. Commentators have pointed out that each of the three recent incidents was directly initiated by Ukrainian authorities, including the Defense Ministry, court officials, and the leaders in Kiev who must have sanctioned the operations. That is a serious step up from Kiev's earlier efforts against Crimea, which included the so-called water, food and energy 'blockades'. Kiev had formally blamed these efforts on nationalist activists, thus absolving themselves of any responsibility.

© Sputnik / Gennadiy Dianov
Poking the Russian Bear? More Ukrainian Saboteurs Caught in Crimea Plotting to Blow Up Military Bases
Commenting on the reasons for the spike in reckless behavior on Kiev's part in recent weeks, Expert magazine contributor Mikhail Rogozhnikov explained that it is very likely connected to the international political situation which emerged following US presidential elections, and the unexpected victory of Donald Trump.

During the race, Ukrainian authorities had openly sided with Trump opponent Hillary Clinton and engaged in an open effort to smear Trump campaign manager Paul Manafort, and by association, Trump himself.

Trump's victory has sent authorities in Kiev into panic mode, and they are now attempting to provoke Russia into a military response which would then force President-elect Trump to take a tough stand against Russia when he steps into office in January, Rogozhnikov wrote.

The journalist also pointed out that Kiev's provocations are "taking place against the backdrop of new protests over the [deteriorating] socio-economic and political situation in Ukraine, which in turn is fueling Kiev's hopes to shift attention to foreign affairs and the military sphere."

© AP Photo / Valentyn Ogirenko
Racked by Protests Over Skyrocketing Utilities Prices, Kiev Blames Putin & Trump
For his part, political and military analyst Alexander Perendzhiev suggested that in addition to the international factors, Kiev's efforts, particularly the missile drills, are simply an effort to get back at Crimea, which is becoming more and more integrated into Russia with each passing day.

"Here we can recall the recent parliamentary elections, which saw representatives from Crimea become members of the Russian Duma," the expert noted. "All of this has brought about a sense of impotent rage in Kiev. They are pacing back and forth trying to come up with ways to [punish] the peninsula."

Ultimately, Perendzhiev stressed that there is no way to see Kiev's provocations except as an act of aggression. At the same time, Crimean political scientist Igor Ryabov emphasized that while Moscow can and must defend itself in Crimea, it also shouldn't give in to Kiev's incitements.

"The situation in the world is developing in a manner that is not favorable to the regime," the expert noted. "The regime is collapsing, and can't expect anything good, unless for some reason it became a 'victim of Russian aggression'. Therefore, Kiev is searching for options to aggravate the situation."

Ryabov noted that while Crimea's air and missile defenses are sufficiently strong, Russia should not ignore the new threats posed by the Ukrainian missile testing. "It's better to be safe than sorry and to cancel flights," the analyst concluded.