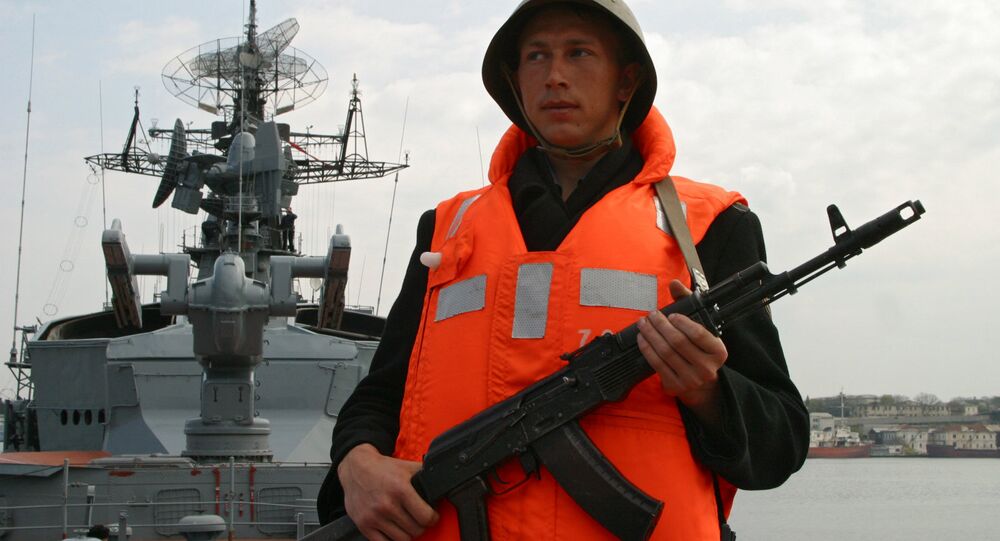 The Russian Federal Security Service has detained a group of saboteurs, alleged to be members of the intelligence forces of the Ukrainian Ministry of Defense. The saboteurs were said to have been caught preparing attacks on Russia's military infrastructure in Crimea, including the Russian Black Sea Fleet's base in Sevastopol.

The three saboteurs, captured on Wednesday, were also believed to be planning attacks on the peninsula's civilian infrastructure, including power plants, water treatment facilities and gas pipeline networks.

An unnamed source familiar with the situation told Russian media that the detainees were career intelligence officers, and that "all three have pled guilty and are giving the relevant testimony."

The source stressed that Russian law enforcement and intelligence had obtained operational information about the saboteurs' infiltration of the peninsula about two weeks ago. Prior their arrest, they were closely monitored to find out their contacts, movement patterns, and whatever human intelligence contacts they may have had in Crimea.

According to the FSB, operational search and investigative operations are ongoing.

This is the second time in just over three months that Ukrainian saboteurs have attempted to infiltrate the Crimean Peninsula to conduct covert operations. In August, the Federal Security Service revealed that it had dismantled a spy ring organized by the Ukrainian Defense Ministry operating in the city of Armyansk.

That group was accused of preparing acts of sabotage on "critical and life-supporting elements of the peninsula's infrastructure." Twenty improvised explosive devices, as well as ammunition and weapons of the kind used by Ukrainian Spetsnaz were found. In that operation, an FSB officer and a Russian military serviceman were killed in shootouts that ensued during raids to detain the saboteurs. One of the captured men admitted that he and his group had planned to execute terrorist attacks on the airport and bus terminal in Simferopol, Crimea's capital.

After that incident, the Russian diplomatic mission in Ukraine warned that Moscow might break off relations with Kiev. Russian President Vladimir Putin condemned Kiev for sinking to the use of terror.

Commenting on Wednesday's operation, Crimea Senator Sergei Tsekov told Russia's RIA Novosti news agency that he had every reason to believe that "these saboteurs were not simply amateurs, nationalist groups or 'Right Sector' [volunteers]. This was the authorities in Ukraine; this is the work of Kiev, which has repeatedly threatened Crimea."

© AP Photo / Sergei Chuzavkov
Denial, Frustration, Outrage: Kiev Having Trouble Dealing with Trump Victory
The senator added that Crimean military and civilian infrastructure is at the 'highest possible level'. "We Crimeans are calm, and feel safe, since the work of our FSB and law enforcement agencies is excellent. The fact that this group of saboteurs was discovered is indicative of this work."

Tsekov stressed that the changing political situation Washington – Ukraine's main political benefactor, should change the situation for the better. "I think that the change of leadership in the US will cause these provocations in Crimea to stop."

Ukraine has faced a major political, social and economic crisis since February 2014, when the unpopular but democratically elected President Viktor Yanukovych was ousted in a US and EU-supported coup d'état. In March, Crimea's local authorities, who refused to accept the new authorities in Kiev after they'd issued threats against Ukraine's Russian minority, organized a referendum in which the vast majority of residents voted to break off from Ukraine and rejoin Russia. Kiev refused to recognize the territorial transfer, and has called on its Western benefactors to support its claims against Moscow.