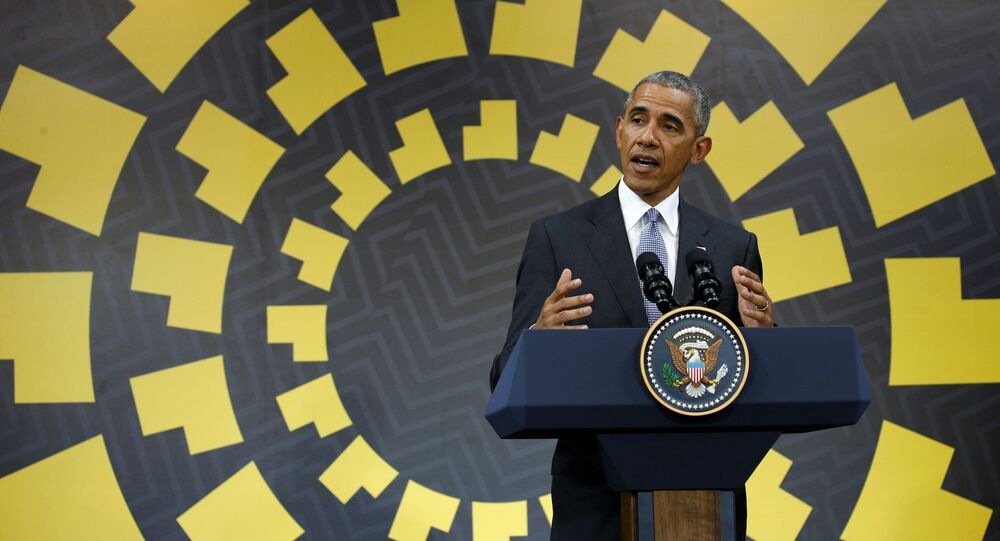 Obama to Democrats: Give Trump a Hearing, but Know What You Stand For

In his last international press conference, US President Barack Obama offered advice to his fellow Democrats on how to interact with the coming administration and to his successor on America's role in the world.

"I think you give them a hearing," he said at the final press conference of the Asia-Pacific Economic Cooperation Summit in Lima, Peru, November 20.

"I certainly don't want them to do what [Republican Senator] Mitch McConnell did when I was elected … say our sole objective is to not cooperate with [you] on anything, even if the country is about to go into a depression … That's not why the American people send us to Washington, to play those games."

Earlier in the day, Senate Democratic leader Charles Schumer expressed similar sentiments, saying he planned to work with Trump on issues they could agree on.

"My advice to Democrats is know what you care about and what you stand for, and fight for your principles," Obama said in Lima. "Even if it's a hard fight."

"The touchstone is what’s good for the American people," he said.

He warned Democrats against a strategy of speaking to one "group" of Americans at a time and rather to try to reach out to the country as a whole.

But the outgoing US president also said he wasn’t worried about being the last Democratic president.

"I am not worried about being the last Democratic president – not even for a while – and I say that not being 'cute.' The Democratic nominee won the popular vote." He also pointed out that his own approval ratings have remained quite high.

In what sounded like a warning to the president-elect in light of his hostility to multilateral institutions, Obama defended the US role in the world, saying the world order under its leadership has created widespread prosperity and security.

"The United States really is an indispensable nation in our world order," Obama said. "I say that as somebody who has gone out of his way to express respect for every country and its people and to consistently acknowledge that many of the challenges we face are not challenges America can solve on its own."

The ideals of the post-World War II world order, which Obama said included democracy, the rule of law, a free press, open markets and a social welfare state to "moderate some of the sharp edges of capitalism," among other boons, have made the world “much wealthier, much more secure” than it was.

"There's nobody to fill the void. There really isn't," Obama said.

On Trump, Obama predicted, "Reality will force him to adjust how he approaches many of his issues. That's just the way this office works."

Obama Says Not Optimistic About Short-Term Prospects for Syria