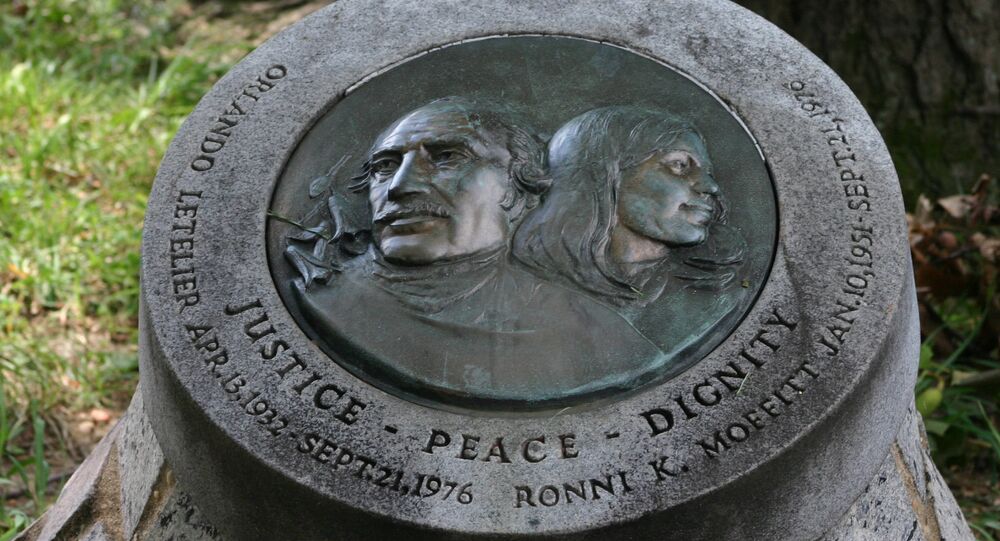 Forty years ago, a bomb exploded in downtown Washington, DC. Its target, Orlando Letelier, was a Chilean diplomat and Foreign Minister in the administration former president Salvador Allende. The bombing was sanctioned by Augusto Pinochet, who subsequently came to power in a CIA-orchestrated coup d’etat.

According to Clark, Letelier was assassinated because he was an extremely effective voice against Pinochet, both in Washington and at the UN. Some months before he was killed, Letelier was a key figure in lobbying to pass an amendment limiting US aid to Pinochet's CIA-installed regime.

But Letelier was also a political threat, Clark explained. The well-liked diplomat had contacts among political elites, and at the time of his death, he was the only person who could lead an organized opposition to Pinochet.

Blowing up a car in the middle of the US capital is the opposite of clandestine. According to Clark, Pinochet dared the public killing because he was receiving mixed signals from the US.

"Like with other right-wing and extremist regimes at the time and ever since, US institutions have given confusing signs on human rights, and the length of lead they can be given. The State Department might have given a ‘red light'… while the CIA could have given the ‘green light,'" Clark said.

"Pinochet and the junta felt like they were on a global crusade against the evil as they thought it — communism or marxism. They thought that they were representing the best interests of the US and the free world, and that therefore they would be understood and forgiven."

Chile, Russia Agree to Cooperate in Trade, Science, Investment
Letelier is one of the most famous victims of Operation Condor, a communist-hunting network orchestrated through a joint effort by intelligence services of Latin American dictator regimes, alongside the United States, to share intelligence information on left-wing organizations and their leaders.

In 2001, former US State Secretary Henry Kissinger was named a suspect and defendant in a case regarding Operation Condor and related assassinations. After a visit to an investigator, Kissinger immediately left France and refused to travel to Brazil.

"The US were fundamental in establishing of these intelligence services," Clark said.

"[The assassination of Letelier] was a fruit of the long-term policy of working with intelligence services and governments in order to repress the left-wing groups across the Latin America," he added.

The bombing was carried out by US citizen Michael Vernon Townley, a professional assassin, and an operative of the Chilean DINA secret police. Later, he confessed and was convicted of the assassination of Letelier, serving 62 months in prison. He is currently thought to be living in the United States under the US federal witness-protection program.

"Townley's case isn't unusual," Clark says. "This is one of the problems that the United States has with other countries in the world, which is not going to be remedied by the release of the classified document from over 40 years ago."

"If you hide the perpetrators of those crimes, then there is no real justice and the diplomatic problems will continue," Clark stated.

US Approves $140Mln of Seasparrow Missiles Sale to Chile

For the Greater Good? Two Lions Killed to Protect Suicidal Man in Chile