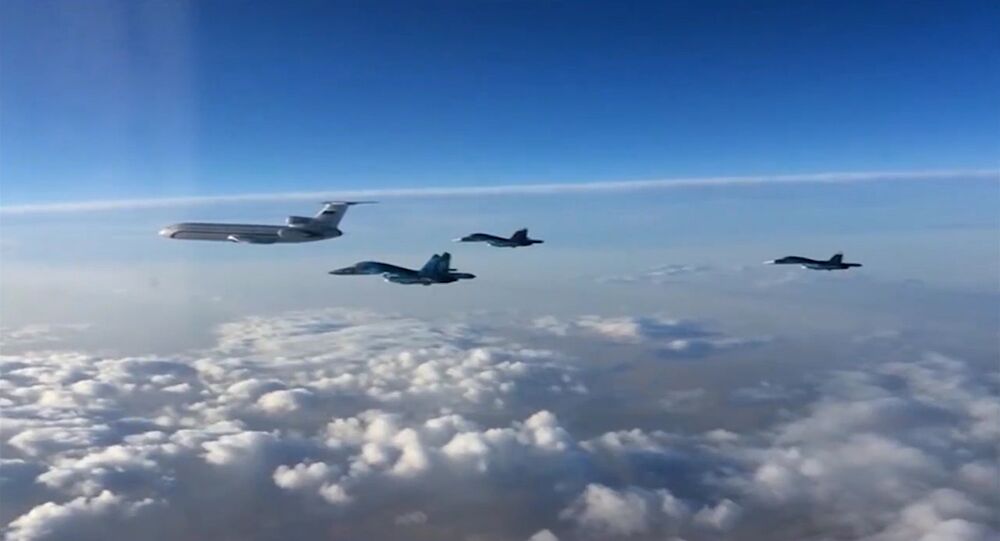 Russia's geostrategic objectives in the Middle East don't include "one-upping" the United States, Russian academic Boris Dolgov stresses, adding that Moscow's major goal is to bolster cooperation with the regional players to defeat Daesh (ISIS/ISIL) and curtail its spread in Central Asia and the North Caucasus.

Russia's diplomatic maneuvers in the Middle East have prompted some analysts to suggest that Moscow is outpacing Washington in the region.

"The lesson we should draw from the Putin government's policy in the region is how an outside power is able to pursue its objectives and interests more fully and freely because it is willing to do business with anyone, not limiting itself to business only with states it considers allies and not letting old animosities or current differences get in the way of diplomatic initiatives and practical cooperation," CIA veteran Paul Pillar stressed in his recent article for The National Interest.

He added that in this respect "Russia is indeed one-upping the United States."

Ministry of defence of the Russian Federation
Hamadan Deployment: A Lesson Washington Should Learn From Moscow
Commenting on Pillar's remarks, Boris Dolgov, senior fellow at the Center for Arab and Islamic Studies at the Institute of Oriental Studies of the Russian Academy of Science, noted that Russia has indeed returned to the Middle East.

"In Soviet times the Middle East was regarded as an ally [of the USSR]. Now the situation is different. But Russia has returned to the region. As for [Russia's] allies, Syria is [Moscow's] traditional partner," Dolgov told Svobodnaya Pressa.

Russia has its own interests in the region, the Russian academic pointed out.

Moscow is now restoring relations with Turkey which has never been regarded as Russia's traditional ally. On the other hand, the Kremlin maintains closer ties with Iran, Dolgov remarked, referring to the recent deployment of Russia's Air Force at Hamadan.

However, the Russian academic does share Pillar's stance on Russia "willing to do business with anyone" in the region.

"Russia has its own agenda [in the Middle East]," Dolgov noted.

"What is of ultimate importance is that Russia has returned to the Middle East and that it is actively pursuing its goals there," he underscored.

"The Middle Eastern arms market is not new for Russia. The Soviet Union exported weapons to Algeria, Egypt, Syria, Iraq, Iran, Libya, Sudan and Yemen. But the fall of the USSR led to a drop in Russian arms exports," Kozhanov narrated.

"But over the past decade, [Russia] has particularly increased its arms exports to the Middle East, part of a broader Russian strategy of re-establishing Moscow as a key player in the region," he stressed, adding that "the Syrian war has reinvigorated Russian arms exporters, as their weapons have proved their reliability on the battlefield."

But did Russia set a goal of beating out Washington in the Middle East?

"There is no such a goal," Dolgov emphasized, "We are not trying to outperform the US and the West. Politics and geopolitics mean pursuing clear objectives. Every great power is acting in accordance with its interests. Russia has its own geopolitical interests in the Middle East. At the same time, we are not trying to show that we are stronger and more active than other players."

Dolgov underscored that Moscow's primary goal is to fight Daesh (ISIS/ISIL) in the Middle East, because the terrorist group poses a significant threat to Russia's national security.

Thousands of people from the post-Soviet space have joined Islamic radicals in Syria and Iraq, he remarked.

"It is in Russia's interests to defeat Daesh not allowing it to spread across Central Asia and the North Caucasus," Dolgov explained.

Today, Syria, Iraq and Iran constitute a major anti-terrorist axis in the region. It is important for Russia to collaborate with the countries to inflict terror in distant lands, the Russian academic emphasized.