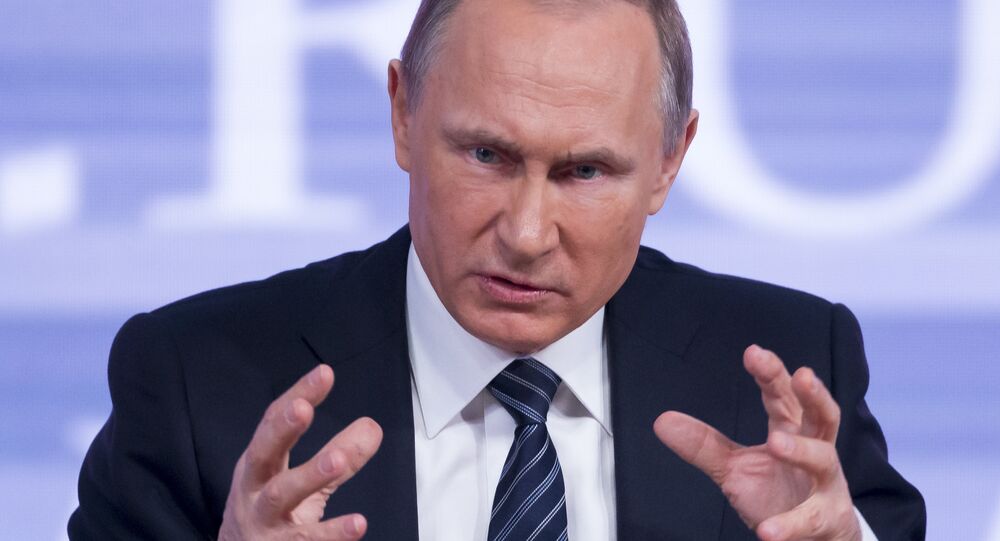 The Hillary Clinton campaign established a new low in American political thought on Sunday morning somewhat miraculously finding a way to link their anti-Russian propaganda campaign, that has now called for sanctions against the country despite any evidence that they were traced to the WikiLeaks file dump exposing corruption in the Democratic Primary, to the latest topic of the hour – the Daesh terror network.

Not since the George W. Bush administration have the American people been bombarded with such circuitous fits of repetitive illogical statements – at that time it was macabre insinuations that somehow Saddam Hussein was linked to the 9/11 terror attacks in order to secure a blank check for war – for the purpose of personal political gain at the risk of compromising not only national, but international security.

The top mouthpiece for the Clinton campaign when they want to offload incendiary statements into the public sphere in order to poll test their efficacy, Senator Claire McCaskill (D-MO) began her interview on Fox News Sunday criticizing Trump’s comments on Daesh calling them “disrespectful to the military that is out there fighting ISIS every day” and suggesting the Republican lacks the requisite patriotism for the Oval office.

"It was also important to realize that [Syrian President Bashar al] Assad, by what he did in his country, allowed ISIS to move into Syria and get strongholds and recruit," reasoned McCaskill. "That was the work and support of [Russian President Vladimir] Putin, who is Trump’s best buddy. So you can say Trump and his friend Putin are the founder of ISIS."

​McCaskill’s assertion directly conflicts with a declassified Pentagon memo, released last May, which exposed that the US-backed anti-Assad coalition at the time was spearheaded by al-Qaeda in Iraq (AQI) and the Islamic State of Iraq that soon cobbled together to form the Daesh terror network known colloquially as ISIS. These “opposition rebels” were referred to at the time by President Obama as “the legitimate representative of the Syrian people.”

The report also contemplated the formation of the Daesh "caliphate" in Syria stating "There is the possibility of establishing a declared or undeclared Salafist principality in Eastern Syria (Hasak and Der Zor) and this is exactly what the supporting powers to the opposition want." Those supporting powers were enumerated in an earlier paragraph as "Western Countries, the Gulf States, and Turkey."

As of August 2016, there have been 20 officially confirmed Russian Armed Forces fatalities in the battlefields of Syria in an attempt to prevent the country from being overrun by the Daesh terror network or certain factions of the so-called "moderate rebels" who are spearheaded on the ground by former al-Qaeda affiliate al-Nusra Front.

Senator McCaskill questioned how the American soldiers in the field of fight feel when Trump is criticizing the Obama foreign policy, but one can only imagine the horrendous magnitude of the insult to the families of the Russian soldiers who were slain trying to protect the world from radical Jihadists.