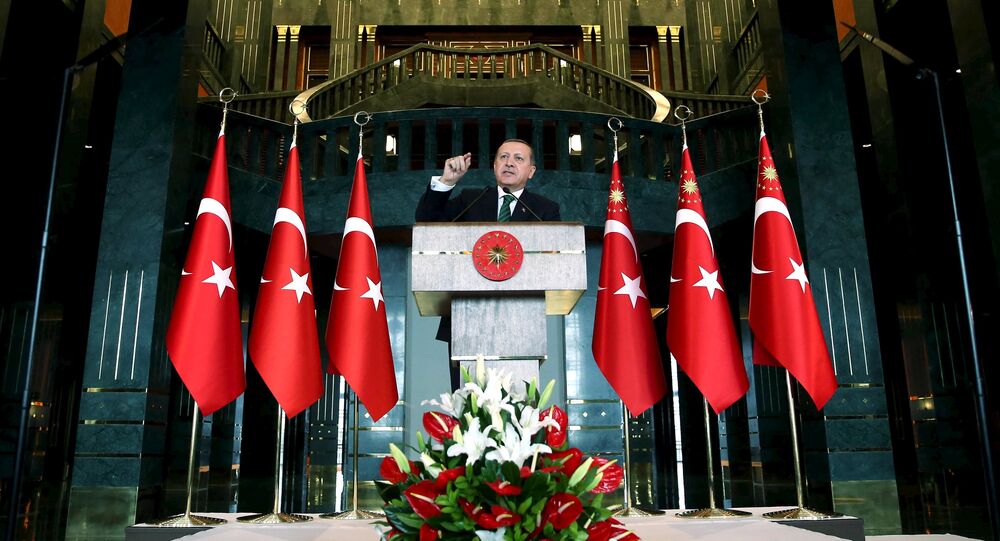 Recep Tayyip Erdogan does not seem to have many foreign policy achievements to boast since in the last decade his strategies have badly affected Turkey's relations with Israel, Iraq, Egypt, Syria, Iran, Russia and the United States, Turkey's Radikal newspaper asserted, adding that Ankara's troubles are likely to multiply.

"The downing of a Russian aircraft on November 24, 2015, has damaged Turkey's relations with Russia to an extent that the bilateral ties could hardly be improved," the liberal daily observed. The incident took place at a time when Moscow became Ankara's major economic partner. "Bilateral trade turnover reached $30 billion. Approximately 4 million tourists from Russia visited Turkey annually."

These positive developments have been brought to nothing after a Turkish fighter jet shot down the Russian Su-24 bomber out of the Syrian skies, citing airspace violations. Russian officials and the pilot confirmed that the plane, which was on an anti-Daesh mission in northern Latakia, never crossed into Turkey and did not receive any warnings.

© REUTERS / Sadettin Molla
A war plane crashes in flames in a mountainous area in northern Syria after it was shot down by Turkish fighter jets near the Turkish-Syrian border November 24, 2015

"Both sides should make an effort to restore relations to their previous level, but Turkey has sustained a far greater loss," Radikal noted. "Moreover, this situation has affected and will have a larger impact on Turkey's relations with other post-Soviet countries."

© Flickr / Jorge Franganillo
Bitter Reality: Erdogan's Policies Transforming Turkey Into 'Rogue State'
Some might have hoped that in this context Ankara's standing in the North Atlantic Alliance would improve, taking into account a cold spell in NATO's relations with Russia. But other bloc members do not seem to be eager to deal with Turkish-Russian row.

In February, Luxembourg Foreign Minister Jean Asselborn sent Erdogan a clear signal that the alliance would not support Turkey, should it spark a war with Russia. He told Germany's Der Spiegel that the bloc could not "allow itself to be pulled into a military escalation with Russia" as a result of recent tensions.

© AFP 2020 / DELIL SOULEIMAN
Erdogan's Worst Nightmare: Could Kurds Redraw the Map of the Middle East?
In general, Ankara's partners view the country as less reliable and predictable. Former Turkish ambassador to the UK Ünal Ceviköz recently echoed this sentiment in an interview with the Today's Zaman newspaper.

"In the eyes of the international coalition, in the eyes of the United States, Turkey will probably no longer be seen as an asset but as a liability," he lamented. "It has lost its honest broker position to resolve problems in the region."

These are not the only troubles Ankara has to deal with, the daily warned. With Iran's gradual return to the international arena and the unresolved Kurdish issue, "foreign policy dilemmas which Turkey is facing are growing like a snowball."