America's efforts aimed at training foreign fighters in Afghanistan, Iraq and Syria have proven inefficient, according to retired Lt. Col. Daniel L. Davis, a prominent US analyst on national security and foreign policy.

It is not an easy task to build an effective combat force, retired Lt. Col. Daniel L. Davis, a US analyst on national security, emphasizes, adding that the practice of providing US military advisors and trainers to friendly regimes has not borne a meaningful fruit.

"The belief behind this practice is that sending US advisors to train other nations' militaries reduces the need to send US service members to fight overseas while improving the capabilities of the foreign troops," Davis writes in his article for The National Interest.

"The truth is rather different: America's efforts do not meaningfully improve foreign militaries," he underscores.

© Flickr / The US Army
Trouble Brewing in Syria: Is US-Led Coalition Preparing for Advance?
The security analyst called attention to the fact that the Afghan National Security Forces (ANSF) and the Iraqi Security Forces (ISF) trained and advised by the Pentagon, cannot halt Islamists' advance. Despite years of training and billions of dollars in military assistance provided by Washington to the militaries, they are losing ground to Taliban in Afghanistan and Daesh (Islamic State/ISIL) in Iraq.

"Then there was the staggering failure of when the US committed $500 million to train 'moderate rebels' in Syria-resulting in a whopping 'four or five' trained rebels," Davis emphasizes.

Indeed, in September 2015, General Lloyd Austin, the commander of US Central Command, admitted that only "four or five" of the first 54 US-trained "moderate Syrian rebels" continue to fight against Daesh. 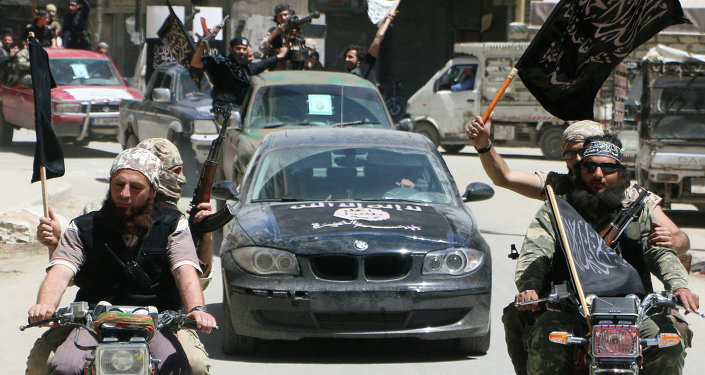 © AFP 2019 / AMC / FADI AL-HALABI
An Uncomfortable Truth: Washington Caught Supporting Jihadists in Syria
The statement "raised questions about the future role of US troops in the region, both those training the Syrian forces and those working with Iraqi troops on trying to prevent ISIS [Daesh] militants from overthrowing their war-torn country," Leo Shane of Military Times reported on September 16, 2015.

However, Chairman of the Joint Chiefs of Staff Marine General Joseph Dunford Jr. does not give up: he announced recently that he is considering the possibility to expand the role of US trainers in the Iraqi Army.

"If General Dunford is successful and adds US advisors to Iraqi brigade staffs, what impact on the actual conduct of the battle can we expect? Almost none," Davis remarks.

© AFP 2019 / PATRICK BAZ
Recipe for Disaster: Pentagon's Involvement to Fan the Fire in Syria, Iraq
It is not a walk in the park to build an effective ground combat unit, the US analyst points out, elaborating that "it was the wholesale failure of officer leadership from the lowest tactical levels all the way up to Corps commanders" that led to the disintegration of the Iraqi army in 2014.

It takes years of increasingly sophisticated education to train team leaders and commanders in the US Army. But it would require much more time to rebuild the Iraqi Armed Force.

"Inserting a few American trainers — however skilled and professional they may be-is not going to have a meaningful impact on the conduct of Baghdad's fight against ISIS [Daesh]," according to the retired Lt. Col. Davis.

"If American policymakers set national policy on the flawed belief that inserting US trainers will materially help the ISF beat ISIS, we are — yet again — setting ourselves up for failure," he warns.

Pushing Daesh Out of Raqqa Could Take Over One Year - Pentagon