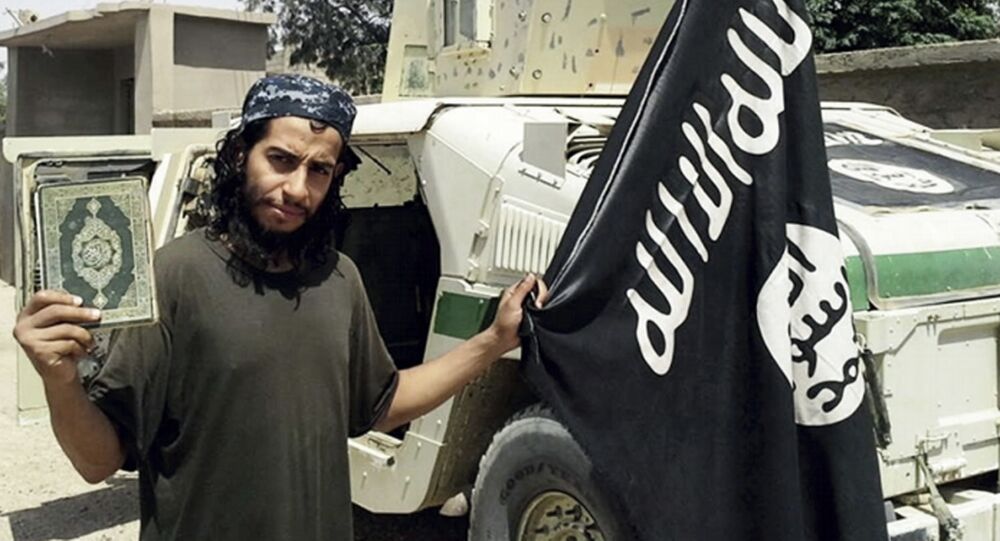 History shows that Muslims, Christians, and Jews, alongside members of other minority religions and sects, have lived in the Levant 'at an acceptable level of peace' for centuries; by meddling into Middle Eastern affairs Washington has opened a Pandora's box, Australian activist and political scientist of Lebanese descent Iman Safi told Sputnik.

Back in the 1970s it was US President Carter's National Security Advisor Zbigniew Brzezinski who began to use Islamic fundamentalism as a political tool in the very volatile regions of Central Asia and the Middle East, according to Iman Safi, a Lebanese political scientist, who has had an extensive and personal experience of civil war and currently lives in Australia.

"[Zbigniew] Brzezinski, [Ronald] Reagan and [George W.]Bush were the fools who stirred the hornets' nest, probably not knowing, more accurately perhaps not caring what the final outcome was going to be. In saying this, we must open up our eyes and see that America has not yet learnt from its previous mistakes, and even now, it still believes that it can use Daesh [IS/ISIL] if Daesh fights Assad, without giving much thought at all at the fact that even if Daesh helps the US get rid of Assad, then the US will find itself having to contend with an Islamic state and a center of exporting global terror," Safi told Sputnik commenting on the US-led coalition's maneuvers in the Middle East.

© AFP 2020 / FAYEZ NURELDINE
Daesh Godfathers? Turkey, Saudi Arabia, Qatar Spotted Funding Terrorists
Washington is making the same mistake again, believing that Islamic fundamentalists would help it to achieve the US' geopolitical goals in the region. Brzezinski had repeatedly boasted that America's proxy Mujahedeen warriors helped Washington to expel the Soviets from Afghanistan. At the same time, American hawks remain mute about the fact that their "marriage" with fundamentalists had resulted in longer term failures and disasters, Safi emphasized.

"Once religion became an agenda item, fundamentalists were able to capitalize on ancient issues, biased interpretations, dormant grudges and unsettled scores, and those passions grew, and grew and grew, and recruited thousands upon thousands of well-intentioned-yet-deluded youth along the way," he noted.

Remarkably, a de-classified US Defense Intelligence Agency's document shows clearly that in 2012, almost two years before the dramatic rise of Daesh, American officials and strategists knew exactly who was the major driving force of the Syrian insurgency. And it was not a so-called "moderate opposition" but the Salafists, the Muslim Brotherhood and AQI (al-Qaeda in Iraq also known as ISIL/Daesh). Furthermore, the document says that AQI was assisting the Syrian opposition "since the very beginning, both ideologically and through media."

But that is not all. After shedding light on the fact that the Syrian opposition was supported by "Western countries, the Gulf States and Turkey" the document continues:

"If the situation unravels there is the possibility of establishing a declared or undeclared Salafist Principality in Eastern Syria (Hasaka and Der Zor), and this is exactly what the supporting powers to the opposition want, in order to isolate the Syrian regime…"

© AFP 2020 / PHOTO/AHMAD AL-RUBAYE
Lessons Unlearnt: US Hawks Dragging America Into Syrian Quagmire
According to Safi, the West is playing with fire: Islamic fundamentalists simply cannot be considered tame allies of the West and its Middle Eastern partners.

"If the West is trying to redraw the map of the Middle East by creating a state for Daesh ["Salafist Principality"], I cannot see how this can serve Western long-term interests," the Lebanese political scientist underscored.

But what is Daesh and does it deserve the name "Islamic State"?

© AFP 2020
Afghan mujahideen prepare a rocket attack on the government troops in Shaga, Eastern Nangarhar province, on January 15, 1989 during the Afghan Civil War opposing the Islamic Unity of Afghanistan Mujahideen and the Democratic Republic of Afghanistan (DRA) supported by Soviet Union

Then the question arises what is the role of Turkey in the ongoing conflict. The shooting down of the Su-24, the incursion into Iraq and the embarrassing role of the Turkish leader in the oil smuggling business have prompted a heated debate regarding Recep Erdogan's purported backers. He could not act alone and his irrational political moves could have been supported by major Western powers and NATO, some experts say.

© AFP 2020 / ADEM ALTAN
Is Turkey Waging War on Russia in Crimea, the Caucasus, and Central Asia?
"America and NATO cannot fully support him without risking a huge confrontation with Russia and cannot been seen not supporting him as a NATO member. That said, there are definitely many visible cracks in the alliance which became obvious even before the Russian intervention and when NATO refused to grant Erdogan a safety zone in Northern Syria," he explained.

The Lebanese political scientist recalled that "Turkish incursions into Iraq are not new."

"They used to happen even during the days of Saddam's might. Historically, Turks have always made those incursions targeting specific Kurdish areas and redrawing when the mission was accomplished," Safi elaborated.

Given the fact that the Middle Eastern region is a "volatile" one, what is the remedy for the current crisis?

Responding to the question Safi noted laconically: "[The remedy is] states in which all citizens are equal before the law of the land."

"Despite the Arab-Israeli conflict, the Levant lived in peace within itself for quite some time; albeit a precarious and unstable peace. History clearly proves that Muslims, Christians, and Jews, alongside members of other minority religions and sects have lived together at an acceptable level of peace for centuries," Safi emphasized.

The pivotal point, at which events went wrong, culminating into the situation the world is suffering now, was the decision of Washington's geostrategists to use religion as a tool in Afghanistan of the late 1970s, according to Safi.

"Islam is a great religion of peace, but its spokespersons are either fanatic zealots or leaders who do not know what their religion is all about. They are the opposite side of the same coin that portrays Islam as a religion of violence," the Lebanese political scientist remarked with a touch of bitterness.