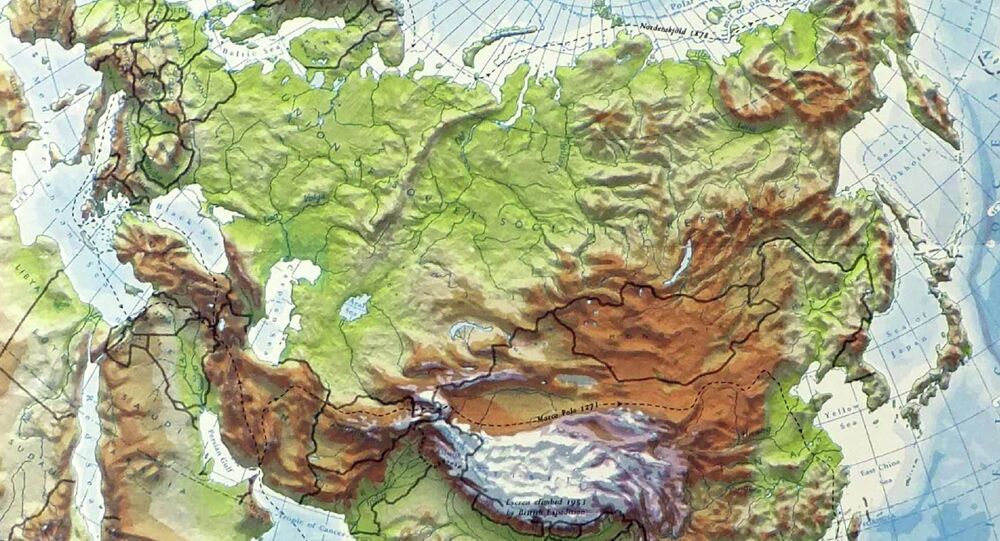 An ex-Russian spy who worked in the United States for more than 20 years shares his forecast for Russia and its closest allies, from where should we expect the next “Orange revolution”, to what the relationship between Europe and the US is going to look like.

For many years, Donald Heathfield was a model American citizen. He owned a successful company specializing in strategic forecasting, held a Harvard degree, and had a wife and two kids.

It couldn't have occurred to any of his friends or colleagues that his real name was Andrei Bezrukov and that he was the head of a Russian spy network.

Since the end of the last century until several years ago, Bezurkov worked as a covert Russian agent abroad and during that time, did not utter a single word in Russian.

He returned to Russia several years ago, following a scandal that exposed his true identity. He now works in Russia under his real name and recently he, as a co-author, published a geopolitical analysis of what Russia and the world will look like in 2020.

The following is his forecast for Russia and its closest allies, which he shared in his interview with the Rossiya 1 TV show “Vesti on Saturday” and its host Sergei Brilev.

First He Predicted What Would Become of China

© AFP 2020 / Andy Wong
US Overestimates China's 'Threat': Beijing Not Stepping Outside Rules
Bezurkov predicts that the next orange revolution will take place on the periphery of China, most likely in Myanmar.

“Myanmar for the Chinese is a direct route towards crude oil, bypassing the Strait of Malacca,” he says. “They have their strategic pipeline there. And of course, whoever their competitor is, would try to do two things:

first, they would try to pit India against China and prevent the union of Russia, India and China [from becoming] a reality.

And second, pit China’s neighbors against it. This is all classic. Not because someone likes or does not like someone. This is geopolitics and it is being dictated by intense rival interests.”

With regards to the Sino-Russian relationship, Bezrukov stresses that the Chinese, first of all, are our partners and one shouldn’t talk about any affection between the two.

“Very often a marriage of convenience lasts a lot longer than that of love. Because both sides clearly understand why they are doing it.”

© Sputnik / Alexander Astafyev
Going Global: Over 40 States Interested in Free Trade Zone With Eurasian Union
“Russia and China are residing in one and the same home – Eurasia. [Former US security advisor] Brzezinski used to call it the major continent. We found ourselves in a situation where peace in Eurasia and its growth not only guarantee growth in Russia and in China, it is the guarantee of security across the continent, it is the guarantee of the security of our borders.”

“And our rivals, including the Americans, have a completely different vision. In order to keep someone’s position, he should divide and rule. This is exactly what they are doing.”

A War is Always Waged With The means at Hand

For Bezrukov, this situation very much resembles the one at the beginning of the last century: 1914, right before the start of the First World War.

© AFP 2020 / JUNG YEON-JE
US Continues to Pay Exorbitant Price to Project Power Despite New Realities
“What are we witnessing right now? The remapping of the world. There is a dominating power, or a group of powers, and a so-called challenger. What will these powers do to the challenger as they see how their monopoly is being washed away?” he questions.

Surely, he admits, since that time the major powers have acquired nuclear weapons. A war between nuclear states is probably something that can be ruled out. However, a war is always waged with the means at hand.

“There is the same propaganda regarding the Chinese market meltdown. It strictly followed the models and curves of the anti-Russian propaganda.

The purpose – to scare everyone, ward everyone off from China, especially Europe and to demonstrate that China is an incapable, unstable partner with a slowing economy. There is nothing to hunt for there. Yet this is completely untrue.”

The Forecast for Europe

Bezrukov explains that after the war, Europe rests on two principles: first, to move the border between the Atlantic world and Russia as far as possible to the East.

The generation of European politicians who were brought up on the ideas of Atlanticism is living its last years. For them, Atlanticism was the solution to a great number of problems. They are part of the same councils, the same funds as the Americans. They are friends.

If Russia withstands the economic and political pressure it is experiencing right now, let’s say, until 2020, the politics will change drastically, Bezrukov finally states.