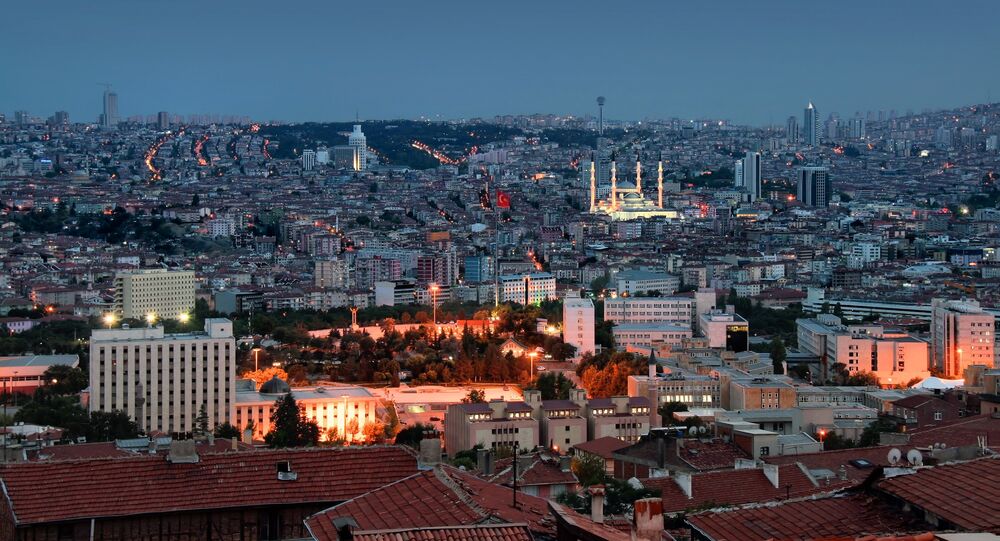 Turkey Willing to Help Greece Out of Economic Crisis - Minister

In an exclusive comment to radio Sputnik, Turkish Minister of Economy, Nihat Zeybekci, gave his opinion regarding how Turkey can help Greece out of its crisis.

Turkey's left-wing and Pro-Kurdish Peoples' Democratic Party (HDP) leader, Kyurkchu Ertugrul, made a proposal to the Turkish government to help Greece overcome the economic crisis by giving Greece € 1.6 billion to pay its debt.

“This is a serious statement, for which, however, currently there are no preconditions. Turkey would consider options for assisting Greece if the country makes such a request. But we have not received such a request so far. Thus, at the moment there are no real prerequisites for consideration of this proposal.”

The Turkish minister speaking about the situation with the Greek economy said that the country needs to become a producing economy in the service, agriculture and all other sectors. No economy in the world can develop normally if consumption exceeds production, adding that Greece is in need of structural reforms.

“The European Union should reconsider its demands for reforms in Greece; increase in taxes, a change in rates on social benefits and pensions but it is also necessary to take measures to support the Greek economy, stimulate investment, to ensure the transition from a consuming to producing economy.”

The minister further stressed that Turkey is ready to provide assistance to Greece in preparation for the reforms.

“I want to stress that Turkey is ready to provide assistance to Greece in the preparation of the reform package. If the Greek side so requests, Turkey will consider the possibility of cooperation.”