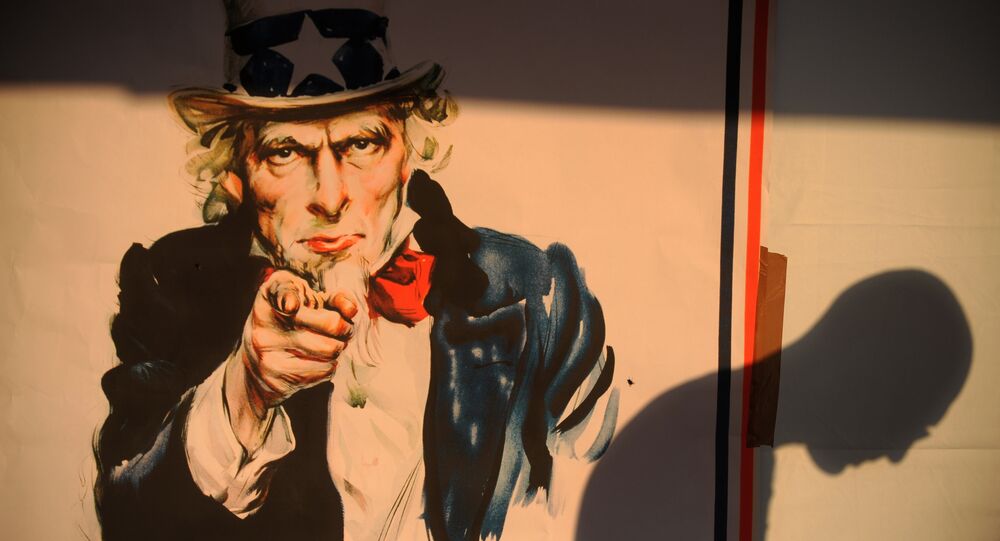 The US' totalitarian national-security state apparatus created during the Cold War in order to counter the Soviet Union is now doing whatever it takes to stay in power, by enflaming new crises across the world, Jacob G. Hornberger notes.

© AP Photo / Czarek Sokolowski
McFaul: 'Only a Complete Fool Would Invade Russia'
American author and founder of The Future of Freedom Foundation (FFF) Jacob G. Hornberger asks what if Moscow announced that it was restoring the Warsaw Pact, involving Cuba, Venezuela, Chile, Guatemala, Nicaragua, Grenada, and Bolivia into its fold, and established new military bases along the US southern border, toppling the democratically elected president in Mexico.

"What would be the reaction of President Obama, Republican and Democrat presidential candidates, the Pentagon, the CIA, and the US mainstream press? I'll tell you: They would all be screaming like banshees! It would be a monumental crisis," Jacob G. Hornberger elaborated.

In that case Washington would have forced Russia to dismantle all of its bases near the United States and remove all of its missiles.

© AFP 2021 / CLAUS FISKER / SCANPIX DENMARK
NATO Military Buildup Close to Russia 'Has no Parallel in Cold War History'
Surprisingly, when the roles are reversed nobody in the West is calling into question the legitimacy of NATO's rapid expansion to Russia's borders, he emphasized.

The US "national-security state apparatus" based on the Pentagon, NATO and the CIA, was "entirely new and alien" to the American governmental structure, Mr. Hornberger noted, citing US President Eisenhower.

"The only reason this totalitarian structure was adopted was to oppose the Soviet Union (America's WWII partner and ally) in a Cold War," he underscored.

When the Cold war was over, it would be absolutely logical to dissolve the Pentagon and the CIA, and of course, NATO, the author stressed.

However, those in power were not willing to give up the reins. In order to maintain the US totalitarian national security apparatus "into perpetuity" Washington's decision makers had to invent a series of new crises.

"So, they go into the Middle East and poke a bunch of hornets' nests, which ultimately brings us the perpetual 'war on terrorism,' along with ever-growing budgets for the Pentagon and the CIA, not to mention the never-ending infringements on our freedom and privacy in the name of keeping us "safe" from the supposed danger that they themselves produced," the author underscored.

© Flickr / Devin Ford
You Can't Win Them All: This Time US May Lose New Arms Race
On the other hand, the US security apparatus continued to push ahead its project of NATO expansion toward Russia's borders, although the USSR had already collapsed. And when it faced a challenge posed by the democratically elected government in Kiev, it did not hesitate to oust Ukrainian President Viktor Yanukovych.

"No problem. Just foment a coup, just like in Iran, Guatemala, Chile, and other countries around the world," the author noted, adding that the Ukrainian coup resulted in the Civil War, "not much different from the decades-long civil war that the US coup in Guatemala produced."

© AP Photo / Alik Keplicz
It's All About NATO: Pentagon Seeks Further NATO Expansion Toward Russia
The American people should wake up and realize that they are "being had," Mr. Hornberger stressed. They should demand a dismantling of the US present totalitarian structure, including NATO and other dubious alliances.

"That would not only bring an end to the perpetual crisis and chaos, it would also provide the foundation of a peaceful, prosperous, harmonious, and free society," the author concluded.