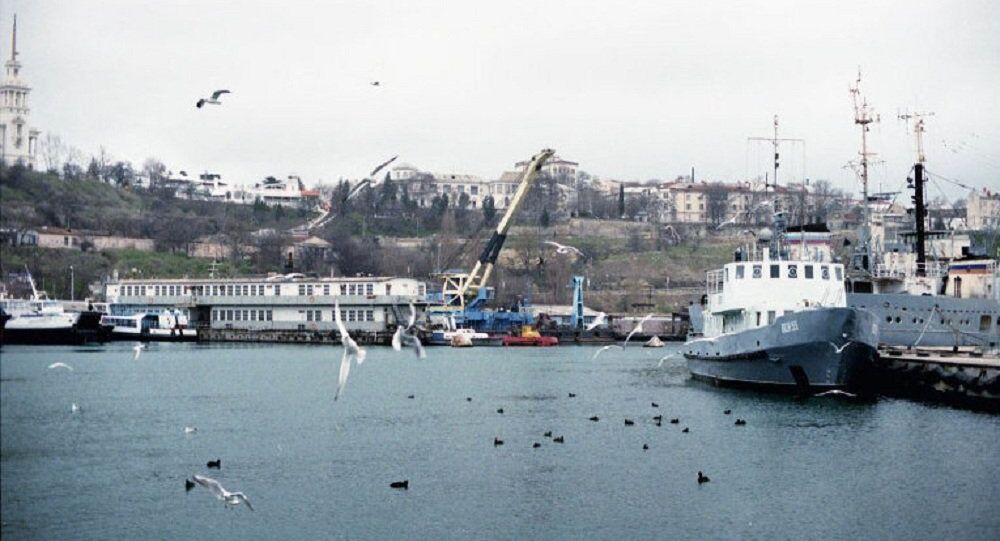 Zimbabwe's Ambassador to Russia says that he did not receive a note of protest from Kiev in connection with a Zimbabwean official's visit to Crimea last week, and notes that he does not believe that Kiev has any grounds for indignation.

© RIA Novosti . Vladimir Astapkovich
Russia, Zimbabwe Discuss Economic Cooperation
MOSCOW, December 24 (Sputnik) — In an interview with RIA Novosti, Zimbabwe's Ambassador to Russia denied having received an official note of protest from Kiev in connection with the Zimbabwean Environment Minister's visit to Crimea last week, and stated that he does not believe that Kiev has any grounds for indignation. Bonifes Guva Britto Chidyausiku, Zimbabwe's Ambassador to the Russian Federation, also represents Harare's interests in Ukraine.

Last week, Zimbabwe's Environment Minister Saviour Kasukawere visited Crimea. The politician from the African country, which has been living under sanctions from the United States and the European Union for over 14 years, came to the peninsula to discuss potential economic cooperation with the region's leaders. On Monday the Ukrainian Foreign Ministry announced that it had lodged an official protest over the visit, describing it as a violation of international law, and warning that it "could have negative consequences on the further development of Ukraine-Zimbabwe relations."

© Sputnik / Taras Litvinenko
New EU Sanctions Against Crimea Exclude Contracts Signed Before Decemer 20
Regarding the note of protest, Chidyausiku said "no, we did not receive anything." He added that as far as Zimbabwe is concerned, Kasukawere visited Crimea as just another part of Russia. "It's the same as asking whether a visit to Russia would worsen relations between Zimbabwe and Ukraine. Mr. Kasukawere visited Russia," Chidyausiku stated.

The ambassador also commented on the statement by Kiev that the visit could impact relations between Zimbabwe and Ukraine. "We have bilateral diplomatic relations. And we respect the sovereignty of Ukraine, just as Ukraine respects ours. But we, as sovereign states, have differing positions on the geopolitical situation. Such a thing happens with all countries," Chidyausiku noted.

Speaking about the sanctions against Crimea and against Russia as a whole, the ambassador noted they are outside international norms of behavior, and that Zimbabwe considers them illegal. "Not just Crimea, but all of Russia is under sanctions. We believe that sanctions against Crimea are sanctions against Russia. As a country which has lived under sanctions for over ten years, we consider that sanctions are a bad thing, and are directed against ordinary people. Furthermore, sanctions are a double-edged sword: when you impose sanctions, they affect not only those against whom they are directed, but also those who introduce them. In this situation there are no winners. We believe that unilateral sanctions, introduced without the approval of the United Nations, are illegal. We cannot support the approach of introducing similar sanctions against any country, because it is a very serious tool," the ambassador noted.

Iran to Get Uranium from Zimbabwe – Paper