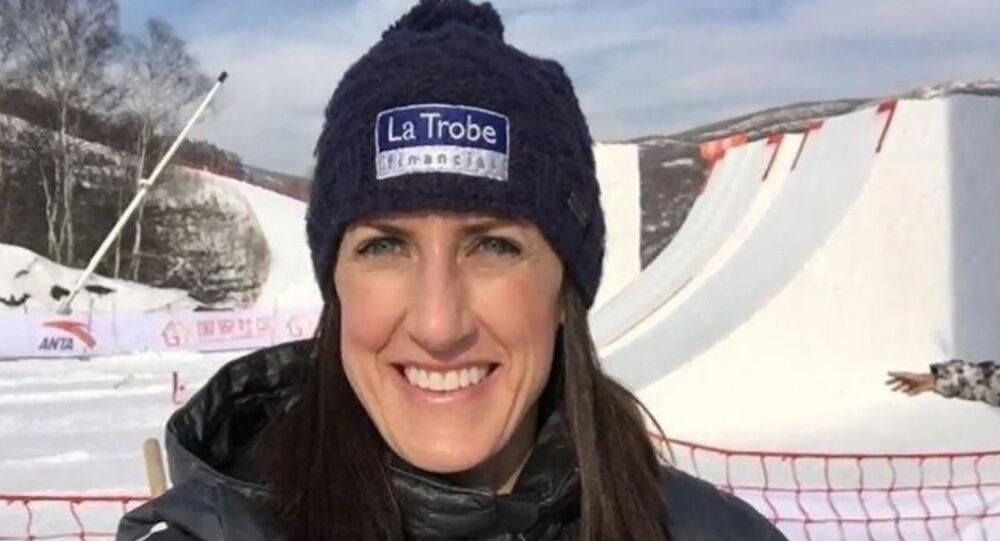 'Very Chinese. They Look the Same': Australian Commentator Is Roasted Over Words

An Australian commentator has found herself in deep water over careless wording during the aerial skiing event on Thursday night.

Though apparently commenting on actual jump, Jacqui Cooper, herself a former Olympian, said:

"Very Chinese, they all look the same, they're very hard to tell who is who."

The words  were quickly slammed as "racist" by hordes of netizens, despite the fact that they came straight after the praise that Jacqui gave to skier Yan Ting's performance: "nice jump, double-twisting, double somersault. Not a massive degree of difficulty, really nicely done, great control," she noted.

Wait, there are people out there who think Jacqui Cooper was talking about something other than jumping style? Spare me, please.

After the event finished, Cooper, a reputed skier who holds five world titles, did not hesitate to respond to the controversy, underscoring that she meant the jump and the universal national technique the Chinese sportsmen traditionally exploit.

"The Chinese are trained by one coach with one technique; their aim is all to jump the same," Cooper wrote on Twitter.

The incident prompted a plethora of remarks on the Internet regarding Cooper’s "casual racism," though the majority of netizens seemed to be infuriated not by the poor phrasing as such, but by the commentator failing to remember certain foreign personal names, thus demonstrating her all-time pro-Australian bias.

There are voices who chose to defend the former Olympian, though, noting her sporting expertise and dismissing slips of tongues and alike as an irrelevant nuisance. Even more so, since the Australian television network Seven, who are broadcasting the Olympics, also released a statement defending their commentator.

Hi, I intentionally did not tag Jacqui Cooper because I did not want to roast her & respect her as an athlete, her expertise is invaluable!

I wanted people to be a bit more careful about what they say and how it may be taken as a general statement.

Others, still, adamantly opposed the idea:

The most frequent blunders have had so far to do with the spelling and pronunciation of Pyeongchang, the host city of the 2018 Olympics, which is often confused with the capital of North Korea, Pyongyang.

The confusion has long been there, though, and this is the reason why the city changed the spelling of its name in the run-up to the winter games.