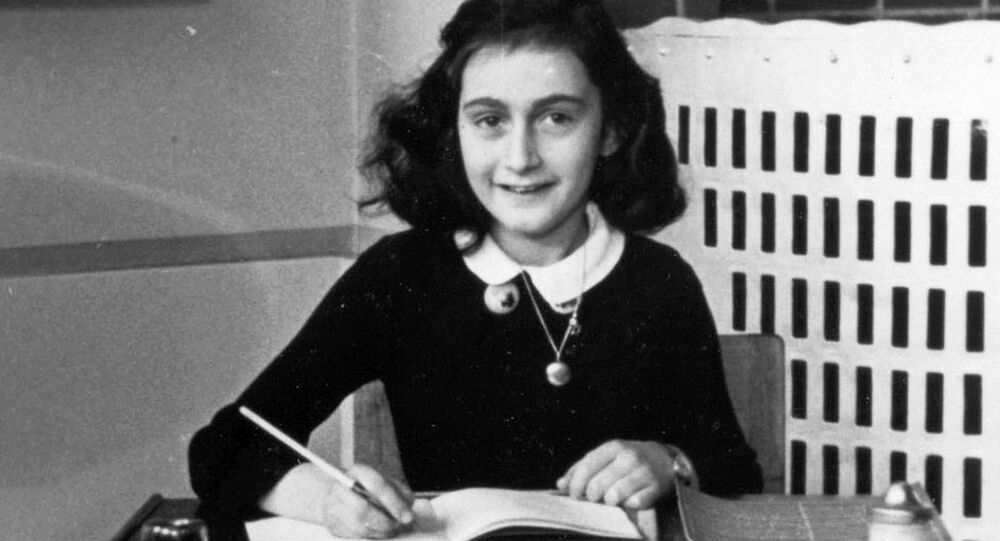 The outfit, featuring a beret and a round-collared coat, was noted for its similarity to clothes worn by Jewish teenager Anne Frank in some surviving photographs. Frank and her family lived in hiding from occupying German forces in The Netherlands for two years before their capture in 1944. Only her father Otto survived.

An Australian anti-Semitism watchdog has accused a website of "trivialisation of the Holocaust" after it offered an "Anne Frank Costume" for sale.

Halloweencostumes.eu, which ships to the UK, listed the fancy-dress outfit as an "Anne Frank costume", drawing protests from the Anti-Defamation Commission (ADC).

The site quickly removed the item, which is made by the Australian wing of British novelty firm Smiffy's as a "World War II Evacuee Girl" costume.

The outfit, featuring a beret and a round-collared coat, was noted for its similarity to clothes worn by German-born Dutch Jewish teenager Anne Frank in some surviving photographs.

ADC Chairman Dr Dvir Abramovich called the outfit a "new low" for "poor taste, insensitivity and trivialisation of the Holocaust" in a statement on Saturday.

"This costume that seeks to make a profit out of suffering and tragedy crosses the line, big time", Abramovich charged. "Cheap exploitation is not the way to honour the memory of the millions of children who were not evacuated in time, and who suffered terrible deaths."

Anne Frank, whose diary was published in 1952, was forced to live in hiding with her family during the Nazi occupation of the Netherlands until they were discovered in 1944. Anne and her sister Margot died in Bergen-Belsen concentration camp in March 1945. Only her father Otto survived the war.

"It's mind-boggling to think that anyone would think it's appropriate to suggest that parents dress up their children for school or a party in this costume. What's next, party costumes with a Yellow Star?" Abramovich asked, in reference to the identification marks the Nazis forced Jews to wear on their clothing.

"Did they at any point consider the pain and anguish this item would cause to those survivors who lost children in the 'Final Solution'?" he demanded. "Did they pause to think about how deeply inappropriate and bizarre it would be for children to show up at a party dressed in this way?"

During the Second World War, millions of British women and children were evacuated from cities and coastal towns likely to be bombed by the German Luftwaffe to the British countryside and even further afield. Thousands were sent to Canada, the USA, South Africa and Australia. Seventy-seven were killed when the German U-boat U-48 torpedoed the passenger ship SS City of Benares en route to Canada on September 17 1940.