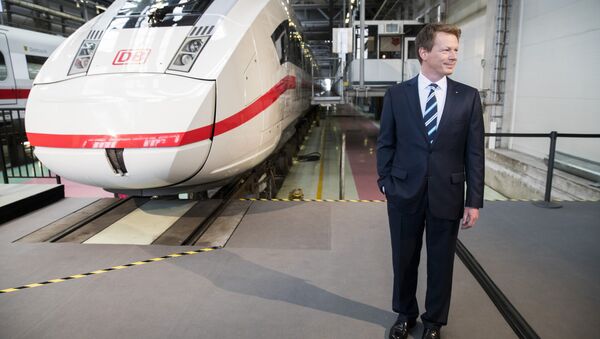 The decision by a German rail operator to name a new high-speed train after a Holocaust victim has sparked outrage.

Deutsche Bahn (DB), the state-owned train operator, has sparked outrage after choosing the name of Jewish teenager Anne Frank, who famously wrote a war-time diary about her time hiding from the Nazis before she was eventually transported to her death from Amsterdam by train.

She is one of 25 famous Germans chosen by a jury after a public consultation on the names that will adorn new ICE trains which are due to go into service over the next two years.

Critics have attacked the move, however, with Conservative German MP Iris Eberl branding the decision as "impious" in a tweet after the teenager and millions of other Jews were sent to their deaths by train.

Antje Neubauer, spokesperson for the state-owned DB, has defended the decision, insisting Anne Frank was a symbol of tolerance and represented "peaceful co-existence of different cultures, which is more important than ever in times such as this."

The Diary of Anne Frank became a global bestseller, describing the Jewish girl's life in hiding with her family in Nazi-occupied Amsterdam during World War Two.

Kick It Out: Italian Soccer Fans in the Dock Over Racist Anne Frank Stunt

The Frank family were eventually deported to Auschwitz death camp in 1944, and Anne later died in Bergen-Belsen concentration camp at the age of 15.Professor Gisela Mettele, a jury member, said there was "impressive diversity" in many famous names suggested by members of the public.

The ones finally selected, she said, "have one thing in common: they were curious about the world."

The names of the people chosen by the jury includes some wartime dissidents who died resisting the Nazis, Hans and Sophie Scholl and the theologian Dietrich Bonhoeffer. Former German chancellors Konrad Adenauer, Ludwig Erhard and Willy Brandt will also feature alongside philosophers Hannah Arendt and Karl Marx.