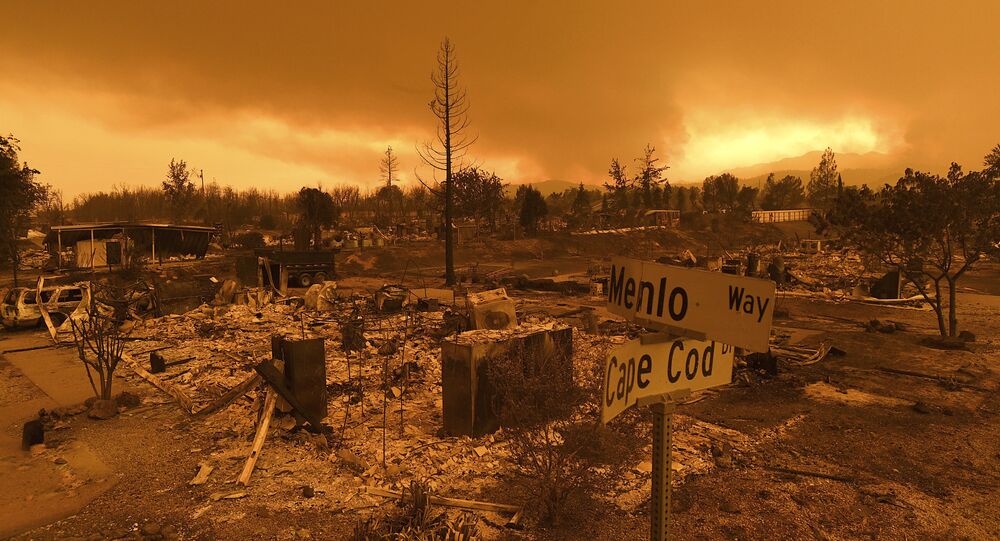 Driven by extreme winds, a deadly wildfire in California described by local firefighters as a ‘monster’ rapidly expanded in size by two-thirds overnight, sending an urban population into a panicked evacuation.

The city of Redding, California (population 90,000), saw almost half of its residents evacuated as high winds whipped the deadly Carr Fire across a 125-sq-mile area.

Some 3400 firefighters supported by 17 helicopters are currently battling the blaze which has killed at least five, including a woman and her two great-grandchildren, one firefighter and a bulldozer operator. Current estimates of the missing range from 12 to 20 people, according to Reuters.

An outlying town just west of the city of Redding has been reduced to smoldering rubble as fire officials scramble man and machine to battle the rapidly expanding flames, while the fire is said to be only 5 percent contained, cited by local news sources.

Fed by record high temperatures and no rain, extremely high winds began pushing the flames toward urban centers overnight, as the National Weather Service forecast the heat to hit 109 Fahrenheit (42.8 Celsius) on Saturday as steady breezes continue to blow.

"The winds, high temperatures and dry vegetation still have the potential to fuel fire growth," Cal Fire stated in a statewide warning.

"Fire spread has been active in all directions," the advisory noted, cited by Reuters.

California Governor Jerry Brown has requested emergency federal assistance from Washington to stave off what Sacramento officials have termed the "imminent catastrophe" in Shasta County, as rescuers search for necessities to supply to evacuated residents while horses and cattle herded off ranches and farms are given safety from the approaching flames.