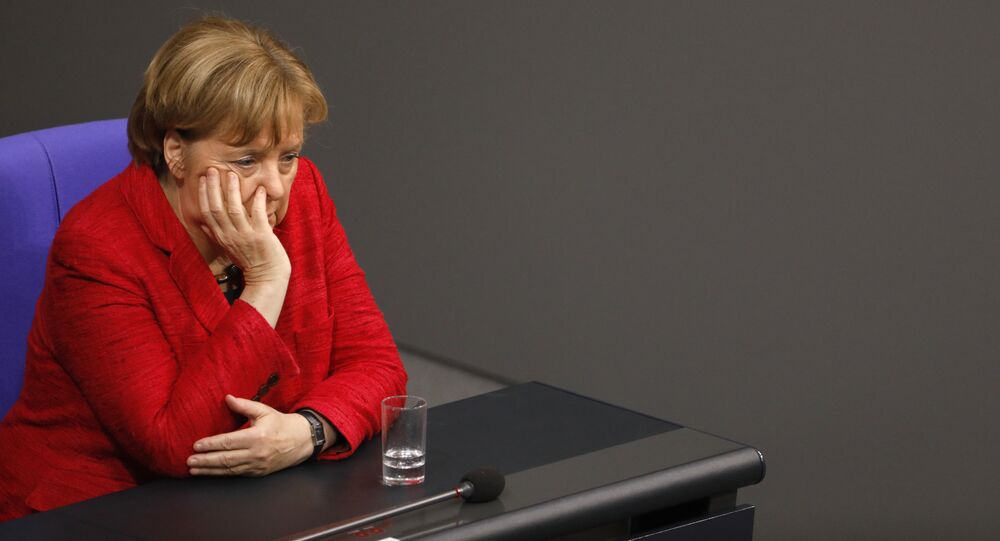 MOSCOW (Sputnik) - The losses of German companies in Russia from US sanctions in the worst-case scenario could amount to 1.5 billion euros, the German-Russian Chamber of Commerce said in a statement Thursday.

"Short-term losses are estimated by the survey participants in the current fiscal year at hundreds of millions of euros, and may amount to 377 million euros. Medium-term losses will amount to at least 0.82 billion euros in line with conservative estimates. In the worst-case scenario, the losses of the surveyed companies could total nearly 1.5 billion euros," the statement said.

According to press, Chancellor Angela Merkel intended to ask the US administration to waive restrictions on major German companies, which are related to the Russian officials and businessmen featured on the latest US Treasury Sanction list.

READ MORE: German Leaders to Seek Waivers From US Sanctions on Russia – Reports

The United States on April 6 imposed new sanctions on Russia under the Countering America's Adversaries Through Sanctions Act. Several Russian businessmen and companies controlled by them, including billionaire Oleg Deripaska, Russian energy giant Gazprom CEO Alexey Miller and a number of high-ranking Russian officials, were put on the sanctions list. Few days before another 38 russian officials, businessmen and corporations were included in the sanction list.

US President Donald Trump signed the Countering America's Adversaries Through Sanctions Act into law last June. The document stipulates that Washington can slap sanctions on entities and individuals that have ties to the Russia's defense or intelligence sector in response to the alleged 2016 US Presidential election tampering and alledged cyberattacks against the United States, which Russia strongly and repeatedly denied.