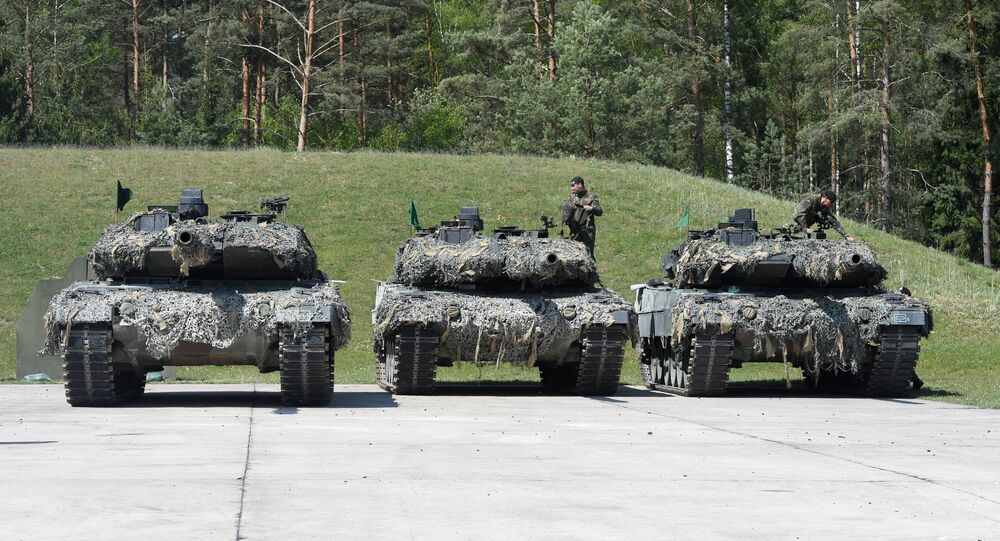 A new report shows Angela Merkel's government has approved a record breaking €25 billion ($30.9 billion) worth of weapons sales since taking power in 2014, angering political rivals as well as the German public.

The majority of exports go to nations outside the EU and NATO, predominantly the Middle East, where Berlin has approved a staggering €14.48 billion in arms sales in just over three years, in 2014-2017. This is nearly half as much as in 2010-2013. The then government was also run by Merkel, but there was no coalition back then.

The number one importer of German arms is Algeria, with €1.36 billion in arms imports in recent years – closely followed by Egypt, Saudi Arabia, and the United Arab Emirates.

The statistics have sparked a slew of criticism from the ruling parties' political rivals, as well as the general public, who recalled that prior to the buildup of the coalition, the SPD had vowed to impose strict regulations on weapons’ exports.  The SPD's Sigmar Gabriel who took the post of the head of Germany's economy ministry was specifically required to monitor and report on the exports.

"Four years ago, the SPD promised to turn away from the export policy that was purely based on economics," Stefan Liebich from the Left party told ARD. "In reality, the floodgates were not closed, but opened even wider."

The Left's parliamentary leader Dietmar Bartsch called it "unbelievable" that Germany was supplying dictatorships with weapons.

Great that #Germany has decided to #StopArmingSaudi & #UAE!

Our weapon exports are being used to commit war crimes in #Yemen, we are completely complicit in this war and must follow suit. https://t.co/A2SmMgBPwv

The numbers stated in the report were provided by the economics ministry and they fully indicate the scale of "moral decay" that Germany is demonstrating, Bartsch said, labeling the exports as a "total failure" of the ruling coalition.

He separately touched upon the much-debated German-made tanks supplied to Turkey and then deployed by the latter in its operations in Syria. The leftist politician said Germany's weapons deliveries to Turkey needed to be halted outright, in line with the 2013 strategy.

Photos of German-built Leopard tanks being used by the Turkish army in Syria that have surfaced recently are making the German public feel increasingly uncomfortable.

Germany's Greens also slammed the government’s failure to sort out arms exports dubbing it "a statement of bankruptcy."

Meanwhile, the news of the weapons deals seems to be seriously complicating the ongoing talks between the two parties in the German ruling coalition, CDU and SPD, which are aimed at forming a new government.